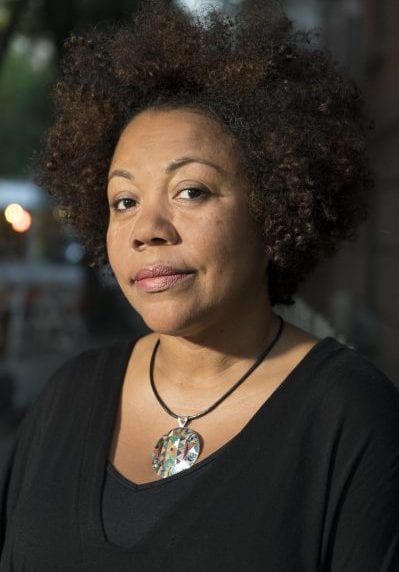 Dr. Nessette Falu is a socio-cultural anthropologist with interdisciplinary research that intersects feminist/race/queer anthropologies, medical anthropology, and anthropology of ethics as well as the humanities. Her book manuscript titled, Bem-Estar Negra: Affective Disruptions of Brazilian Gynecology as a Social Laboratory (currently under review) is concerned with Brazilian Black lesbians’ affective experiences caused by entrenched intersectional preconceito (prejudice) within gynecology. The book argues that Black lesbians’ bem-estar (their term for wellbeing) is a site of knowledge production and resistance of traumas and systems of oppressions; as such the pursuit of bem-estar drives their praxis of social change, self-care, and communal action. Gynecology is interpreted as a social clinic whereby clinical encounters are social laboratories of the micro-aggressions and broader social violence in society. She offers an afrofuturistic vision to reimagine freedom and legitimize non-normative Black female patient bodies’ creativity, beauty, love, and collective wellbeing. Her short film based on this project is currently in post-production.

Her current new project examines the extensive sexual misconduct and abuse of medical authority by gynecologists in the U.S. It interrogates sexual assault within a broader culture of neglect on multiple scales that undermines women’s vulnerabilities within medical institutional spaces. The project further explores the interconnected behavioral, ideological, and capitalist ties to a medical industrial complex infrastructure enabling these structures of violence and power in health care.

Prior to joining the UCF faculty in 2017, she completed a 2016-2017 postdoctoral fellowship at the Institute for Research of the African Diaspora in the Americas and Caribbean (IRADAC), at the Graduate Center, City University of New York. She was a 2014-2016 Visiting Scholar at Lehigh University in the Women, Gender and Sexuality Studies Program. She was the 2013-2014 Sarah Pettit Dissertation Fellow in LGBT Studies at Yale University.

She has 17 years of clinical experience as a Physician Assistant across neurosurgery, internal medicine, HIV Care, and hematology oncology mostly in New York City. She earned a Master of Divinity in 2008 from New York Theological Seminary where she received training in ethics, religious intolerance, social justice, and Black feminist/Womanist movements.

People and Culture in Latin America

“Ain’t I Too A Mulher?: Implications Of Black Lesbians Wellbeing, Self-care, And Gynecology In Brazil.” Journal for Latin American and Caribbean Anthropology (in press, expected January 2020).