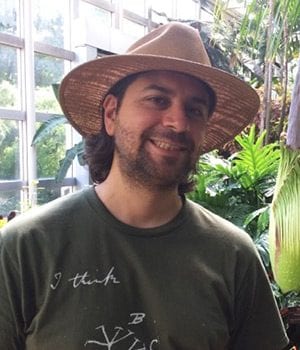 Dr. Ochoa obtained his B.S. from the National Autonomous University of Mexico, where he studied the genetic effects of recent habitat fragmentation on the endangered Perote ground squirrel. He then obtained a PhD in Natural Resources (with emphasis in Wildlife Management and Conservation) from the University of Arizona, where he focused on topics related to population genomics/genetics of endangered wildlife, particularly of Florida panthers jaguars and Arabian oryx. After completing his PhD, Alex concluded a three-year postdoctoral appointment at the Ohio State University, where he studied genomics and venom gene evolution of the threatened Eastern Massasauga rattlesnake. As a postdoctoral scholar in the Fitak Lab, Alex continues research with population genomics questions associated with wildlife management and conservation. In his spare time, Alex enjoys watching movies, camping, and playing soccer.