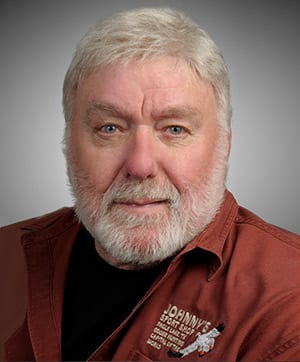 Christian Clausen and his colleagues develop new, environmentally-friendly materials, and they synthesize novel catalytic agents, which help destroy toxic material already in existence. In one project, Clausen and Cherie L. Geiger developed catalytic active emulsion systems that are capable of removing and destroying PCBs from painted surfaces. PCB stands for Polychlorinated biphenyls. They are a cocktail of chemicals, first created in the 1920’s, that were used in the manufacturing process of numerous items: from electronics to paints. In the 1970’s, PCBs were linked to environmental and medical problems-including cancer in humans-and were consequently discontinued. Today, PCBs are illegal to produce, but many older products (such as rocket launch platforms and navy ships) contain PCBs and are still in use. Using nano-sized iron and magnesium particles in a special process, Clausen and Geiger found a way to safely breakdown the PCBs in materials without harming any of the surrounding structures.

In addition to these catalytic active emulsion systems, Clausen and his colleagues have also synthesized new environmentally-safe materials for use as screening aerosols against smart weapons in the infrared and millimeter wavelength regions of the electromagnetic spectrum. They developed a catalytic reactive emulsion system capable of in situ dehalogenation of chlorinated hydrocarbons in contaminated soils and sediments. They created new nanometer-sized catalyst systems that can be used with current green chemistry industrial chemical processes, and have developed of new, high-efficient catalytic systems that reduce air pollutants emitted by stationary power sources that use hydrocarbons and coal energy sources.

Most notably, Clausen’s laboratory had outlined many new processes, such as a methodology for using Mössbauer Spectroscopy to measure the elctronegativity of functional groups in inorganic coordination complexes, a process for using hydrogen peroxide to reduce volatile organic compounds and NOx emissions, and a process for using ultrasound to regenerate the activity of permeable reactive barriers.