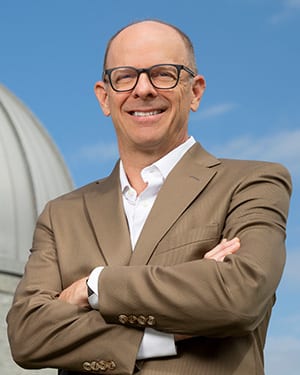 Saturn, with its spectacular system of rings, is the jewel of the solar system. The Cassini spacecraft explored the ringed planet and its moons and rings from 2004-2017 and has helped us solve many of its mysteries while generating a wealth of new questions. This presentation will follow Cassini’s journey of discovery through the Saturn system, from the bizarre mountains of Iapetus to the geysers of Enceladus, the lakes of Titan, and the dynamic and evolving rings.

Cassini’s instruments have revealed Enceladus and Titan to have subsurface oceans of liquid water. Its cameras have returned stunning images of rings in turmoil, a tumbling moon, the only extraterrestrial lakes known in the solar system, a hexagon of clouds, some of the highest mountains in the solar system and much more. Its final orbits featured a daring plunge between the rings and the cloud tops where measurements revealed the planet’s interior to be more mysterious than imagined shed new light on the age and origin of the rings.

Dr. Joshua Colwell is a Pegasus Professor of Physics at the University of Central Florida. Since 2011 he has been Associate Chair of the Department of Physics, Assistant Director of the Florida Space Institute, and Director of the Center for Microgravity Research. He came to UCF in 2006 from the Laboratory for Atmospheric and Space Physics at the University of Colorado where he earned his Ph.D. in Astrophysical, Planetary, and Atmospheric Sciences.

His research interests are in the origin and evolution of the solar system with a particular emphasis on planet formation, asteroids, planetary rings, comets, and interplanetary dust. He was a Co-Investigator on the international Cassini mission to Saturn that orbited the ringed planet from 2004-2017. He studies the structure and dynamics of Saturn’s rings with data from Cassini. He has led experiments that have flown on the Space Shuttle, the International Space Station, suborbital rockets, and parabolic airplane flights.

He is the author of “The Ringed Planet: Cassini’s Voyage of Discovery at Saturn”, and hosts and produces “Walkabout the Galaxy”, a humorous podcast exploring the latest news in astronomy, space science, and space exploration. He was a comet advisor for, and actor in, the Dreamworks picture “Deep Impact” and has been a walker in “The Walking Dead” among other background acting activities. He is more frequently a runner than a walker, however, and only needs to cut off two to three minutes per mile to be competitive at the highest levels. He is aware that the answers to our most important questions can usually be found in Star Trek.