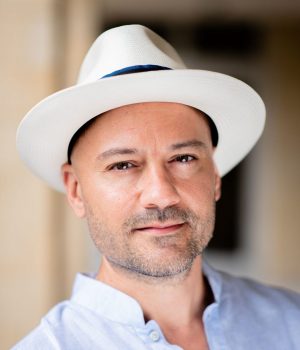 Güneş Murat Tezcür (PhD, University of Michigan, 2005) is a social scientist studying political violence, politics of identity, and democratization with a focus on Iranian, Kurdish and Turkish human geography. He has published more than two dozen scholarly articles that appeared in journals such as American Political Science Review, Comparative Politics, Development and Change, Journal of Peace Research, Journal for the Scientific Study of Religion, Law and Society Review, Nationalities Papers, Party Politics, Perspectives on Politics, Politics & Gender, Political Research Quarterly, and Third World Quarterly. He is also the author of Muslim Reformers in Iran and Turkey: The Paradox of Moderation (University of Texas Press, 2010) and the editor of The Oxford Handbook of Turkish Politics (Oxford University Press, 2022) and Kurds and Yezidis in the Middle East: Shifting Identities, Borders, and the Experience of Minority Communities (IB Tauris, 2021). His research has been supported by external grants from a variety of sources including the National Science Foundation, the United States Institute of Peace, and the Harry Frank Guggenheim Foundation. He is currently working on a NSF-funded research project titled “Diversity in Linked Fate: Political Behavior and Opinions of Latinx Americans” in collaboration with Kenicia Wright.

Tezcür is a social scientist studying political identity and violence with a focus on ethno-religious politics in the Middle East. His research addresses questions central to international peace and security. Why do ordinary people risk their lives and join violent organizations? Why do ordinary people participate in large scale violence against members of other groups? He employs multimethod approaches combining original large-N datasets with intensive fieldwork in conflict settings. His research demonstrates how social identity related cognitive and emotional factors such as moral outrage and resentment (as different from pecuniary incentives) drive people to take up arms and commit violence.

Another core area of his research concerns the role of religious groups in political struggles. His scholarships examine the dynamics under which religious parties develop democratic commitments, the relationship between religiosity and political attitudes, and the role of religion in facilitating both human rights activism and mass violence. His research specifies the political conditions under which religious organizations moderate and radicalize and discusses the substantial implications of these dynamics for political pluralism and stability. Most recently, he analyzes the atrocities including widespread sexual violence committed by the self-styled Islamic State against the Yezidis, a religious minority in Iraq, based on in-depth interviews with survivors.