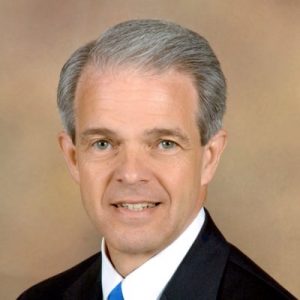 Joel L. Hartman is Vice Provost for Information Technologies and Resources at the University of Central Florida in Orlando. As the university’s CIO, he has overall responsibility for library, computing, networking, telecommunications, media services, and distributed learning activities. Hartman was employed by Bradley University from 1967 to 1995, holding several information technology management positions, including CIO.

Hartman has been an active author, and presenter at industry conferences. He previously served as treasurer and 2003 Chair of the EDUCAUSE Board of Directors, and currently serves as chair of the EDUCAUSE National Learning Infrastructure Initiative (NLII) Planning Committee. He also serves on the Florida Digital Divide Council, the Microsoft Higher Education Advisory Council, and the Board of Directors of Florida LambdaRail.

Hartman has been an information technology consultant to both public and private sector organizations, and has been active in the development of statewide education and research networks in Illinois and Florida. He has served and held offices on numerous state, regional, and national IT committees in areas including public broadcasting, distributed learning, and networking.