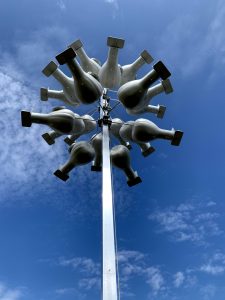 Merriam-Webster defines symbiosis as “the living together in more or less intimate association or close union of two dissimilar organisms”. Although we often synonymize mutualism and symbiosis, the former refers to only one category of the former. Symbioses also include commensal and parasitic relationships. Host-associated microbial communities are ubiquitous yet represent a unique type of symbiosis encompassing all possible categories. The focus of the Wild Symbioses Lab at UCF is to understand the complex interactions that arise between vertebrate organisms and the myriad of organisms they associate with on a regular basis, including microbiota, parasites, and disease organisms. 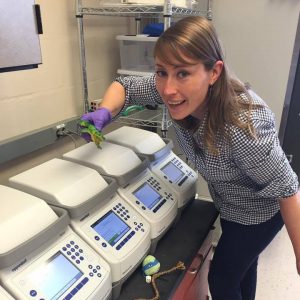 The advent of Next Generation Sequencing (NGS) technology has revealed that microorganisms inhabit nearly every surface on earth, including external surfaces and internal tissues of living organisms. Close associations between eukaryotic organisms and their microbiota have developed, resulting in multidirectional effects over both ecological and evolutionary timescales. Hosts provide microbes with habitat and, thus, phenotypic variation among hosts imposes differential selection on microbial communities. Simultaneously, host-associated microbial communities significantly affect the physiology, behavior, and ultimately fitness of their hosts. Although parasitic relationships are common, the vast majority of associations that form between organisms and their microbiota are likely commensal or symbiotic in nature. Examples of host-associated

communities include the microbiomes of the animal digestive and reproductive tracts, animal skin, plant leaves, and the nesting and roosting sites where organisms spend a significant amount of time. My research program utilizes genomics approaches to understand the multi-directional interactions and emergent properties arising from the associations between these host-associated microbial communities and their eukaryotic hosts. This work comprises two central themes, microbial ecology and host physiology, and hence draws upon multiple fields of study to extend theoretical frameworks by applying novel techniques to non-model systems. One unifying aspect underlying my group’s research activities is the preparation and sequencing of 16S rRNA gene amplicon libraries to characterize microbial communities (i.e., metabarcoding). 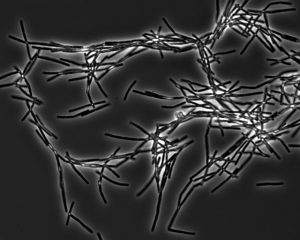 I am interested in understanding how host-associated microbial communities are assembled and maintained, and how they vary over space, time, and host-defined habitat. High-throughput DNA sequencing of 16S rRNA amplicons prepared from microbial samples produce the data from which community composition is assessed and measures of alpha- and beta-diversity are calculated. Several of my ongoing projects are tasked with collecting such baseline data describing the structure of microbiota associated with wild tree swallows, sea turtles, amphibians, and manatees. Baseline data from wild systems are critical at this stage because the assembly and structure of host-associated microbiota of free-living organisms are still poorly described. Although there is a rich history of work on the biogeography of microorganisms, there is accumulating evidence that the factors that govern dispersal and assemblage dynamics differ across scales of measure. To this end, one current project is investigating the relative effects of spatial, temporal, and climatic variables on the composition of bacterial communities found in the active nests of tree swallows (Tachycineta bicolor) breeding 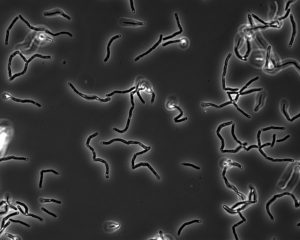 throughout North America at local (i.e., meters apart) and continental scales. This project is being conducted in collaboration with the Earth Microbiome Project and the Cornell Laboratory of Ornithology. A second set of projects is characterizing alpha- and beta-diversity of the adult skin microbiome and pre-metamorphic gut microbiome between and within host amphibian species and across space and time in central Florida, in collaboration with Dr. Anna Savage here at UCF. A similar study, characterizing the gut microbiome of Florida sea turtles is being conducted in collaboration with Dr. Erin Seney and Dr. Katherine Mansfield through UCF’s Marine Turtle Research Group. In addition to investigating the structure of naturally occurring microbial assemblages, my research also addresses questions pertaining to initial colonization of naïve hosts, microbial assemblage, succession, and community dynamics in the context of host-related and environmental variation. One such study is characterizing the development of the neonatal gut microbiome in wild tree swallows over the first two weeks post hatch. A second objective of this project is to investigate how colonization dynamics change with experimental modification of the bacterial communities inhabiting the surrounding nesting material that eggs and hatchlings are exposed to. Extensive research in various animal systems point to the importance of the gut microbiome to host health and, thus, gaining a better understanding of the factors that contribute to dysbiosis may help improve rehabilitation and conservation efforts. 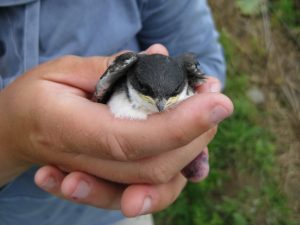 The second central theme of my research program addresses the physiological development and immunological function of host organisms in the context of their interactions with associated microbiota. Host immune defenses have evolved to identify and manage pathogenic agents either through resistance or tolerance. The immune system applies similar scrutiny to potential microbial symbionts and other “non-self” agents, effectively delineating the distinction between friend and foe. The adaptive immune system of vertebrates is flexible and its function is highly dependent on early life experiences with antigens in the neonatal environment that serve to calibrate the recognition of and interactions with microorganisms later in life. Thus, host-associated microbial communities likely contribute significant organizational effects to developing hosts in addition to activational effects throughout the host lifetime. In a recent project we modified the composition of the tree swallow nest microbiome to test the hypothesis that exposure to a reduced diversity of environmental bacteria depresses neonatal immune function, either directly through endogenous activities or through immune-based maternal effects. I am also currently involved in a collaborative study addressing the organizational effects of host-associated microbiota on amphibian gene expression.  This project utilizes massively parallel DNA sequencing of cDNA shotgun 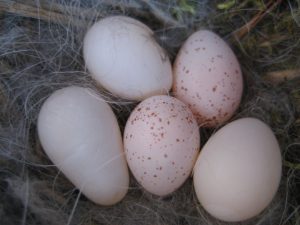 libraries to describe the transcriptome and to quantify relative differences in gene expression between individuals. Such RNAseq studies illustrate a powerful approach to understanding host interactions and responses to their microbial environments. I am also involved in several research projects investigating the relationships between adult host immune function and host-associated microbial communities that may result from real-time activational effects or coevolution. One such study of wild tree swallows, with both comparative and experimental components, tests the hypothesis that the degree of maternal exposure to environmental microbes influences egg-mediated maternal effects.