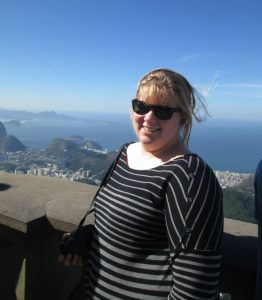 Katie received a B.S. in biology from Fairfield University, where she worked extensively with sea turtles, and an M.A. in evolutionary biology from Stony Brook University. While at SBU, she studied the evolutionary patterns of antimicrobial peptides in bats as related to the incidence of white-nose syndrome. During her Ph.D., Katie plans to use genomics and transcriptomics to investigate the evolution of sea turtle immune systems and disease resistance. She is broadly interested in disease ecology and conservation. 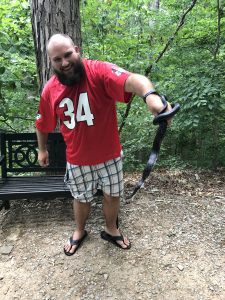 Matt is currently a Ph.D. candidate in the Savage Lab. He received his M.S. in Biology at Western Carolina University, and a B.S. in Wildlife Management at the University of Georgia. His primary research interests include amphibian disease, with a particular focus on the protist parasite Perkinsea, immunogenetics, reptile and amphibian conservation biology, and invasion ecology. He is involved in a number of scientific associations and is currently acting as the secretary for the Southeastern Partners in Amphibian and Reptile Conservation (SEPARC). He is also very involved with mentoring undergraduate students in the lab with three of his previous mentees being published and numerous others presenting at conferences. He ultimately hopes to teach and conduct research at a small liberal arts college or masters granting university where he can continue to mould young scientists. 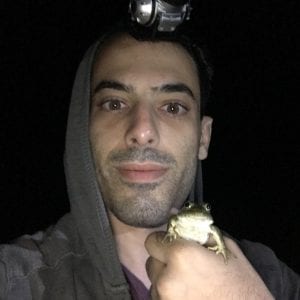 Nick recieved his Master’s of Science degree in Entomology from Auburn University where he examined the transcriptomics of plant-feeding in herbivorous insects, and a B.S. in biology from the University of Florida. Although most of his previous work has been focused on insects, he has always wanted to study reptiles and amphibians, and hopes to be able to apply functional genomics approaches to studying herpetology. Nick plans on studying genomics and transcriptomics related to disease resistance in amphibians, and possibly their heritability. After completing his Ph.D, Nick hopes to become a faculty member at a research or teaching university. 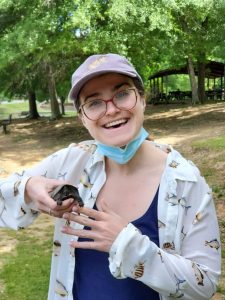 Erin received a B.S in Marine Science-Biology from the University of Tampa where she explored the metabolic effects of the amphibian disease chytridiomycosis on the invasive Cuban Treefrog (Osteopilus septentrionalis). Following graduation Erin spent four years at Cold Spring Harbor Laboratory working in cancer biology before returning to study amphibian disease ecology once again. Erin’s other primary research interests include conservation biology, genetics and ecological physiology.  In her Ph.D Erin plans on studying the disease dynamics of a novel protist in the Perkinsea phylum and the iridovirus Ranavirus sp. on native and invasive amphibian hosts. Erin plans on pursuing a postdoctoral fellowship following her Ph.D. 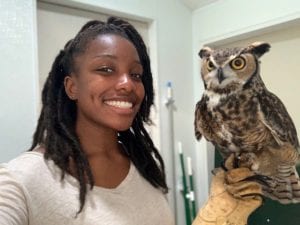 Faith received her Bachelor’s of Science in Wildlife Ecology & Conservation from the University of Florida. Her research interests include ornithology, animal behavior, genetics, and wildlife conservation. Faith’s undergraduate work examined how current scrub-jay management affects habitat occupancy for the American kestrel and assessed how their habitat preferences overlap by quantifying which variables are most important for each bird to determine management practices. Also, she spent a semester studying in the Galapagos Islands assisting with various research projects in Ecuador.  Faith will be using genetics and ecology to identify optimal conservation strategies for Florida scrub-jays (Aphelocoma coerulescens) impacted by habitat loss. She plans to continue research, advocate for diversity in the natural sciences, and ultimately become a director at a zoo. 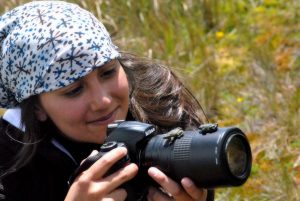 Vero received her B.Sc. in Biology at the Universidad del Azuay in Ecuador. Her undergraduate research focused on exploring the effects of elevation and habitat characteristics on the structure and composition of amphibian communities in the high Ecuadorean Andes. After graduation, she spent three years working as a researcher in the Zoology Museum of the Universidad del Azuay, mainly involved in systematics and ecology of terrestrial frogs. In 2017, she was awarded a Fulbright scholarship to start her graduate studies exploring the ecological, morphological and phylogenetic factors influencing diversification processes of the Pristimantis orestes group (small cryptic frogs) in the tropical Andes. 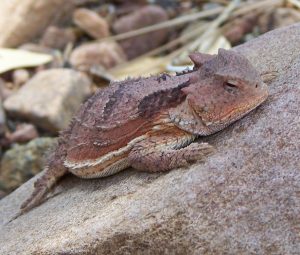