In recent years, there has been growing interest in using stable isotopes as a tool to study migratory connectivity and identify foraging areas of marine turtles. Sampling on the nesting beach is relatively easy as the turtles are accessible to researchers. Recently, using a combination of satellite telemetry and stable isotope analysis, we demonstrated that red blood cells and un-hatched eggs can be used to assign foraging areas of loggerheads nesting at the Archie Carr NWR, Florida (Ceriani et al. 2012, Ceriani et al. submitted ). Florida hosts ~90% of all the loggerhead nesting activity in the Southeast USA, yet few research groups encounter nesting females at night. In contrast, thousands of nests are marked to assess hatchling production through an extensive nesting survey program in Florida. Thanks to several collaborators in the State of Florida, we collected and are analyzing non-viable eggs from a subsample of loggerhead nests that were marked as a part of the hatchling productivity assessment program conducted by Fish and Wildlife Research Institute (FWRI) in 2013. Non-viable eggs were collected at time of excavation and frozen for stable isotope analysis. We used the same unbiased sampling protocol used by FWRI to obtain samples that are representative of the loggerhead population nesting in Florida. This study provides a non-invasive and non-destructive method of sampling a relatively large percentage of the loggerhead population nesting in Florida and represents the most comprehensive geographic assessment of foraging grounds to date. Using un-hatched eggs to assign females to foraging grounds provides an opportunity to: (1) sample at a much larger scale, fostering collaborations among research groups, (2) obtain information that is more representative at the population level and (3) begin understanding the relative importance of foraging areas and how each foraging ground contribution changes among years. Conservation funds are limited and there is a need to prioritize where funds should be spent in order to maximize conservation outcomes. Understanding relative importance of foraging grounds will allow us to make more informed management decisions by focusing mitigation and by-catch reduction measures to areas that are loggerhead hotspots.

Sea level rise (SLR) has the potential to affect a variety of coastal habitats with a myriad of deleterious ecological effects and to overwhelm human settlements along the coast. SLR should be given serious consideration when more than half of the U.S. population lives within 50 miles of the coast. SLR effects will be felt along coastal beaches and in estuarine waters, with consequences to barrier islands, submerged aquatic vegetation beds, sand and mud flats, oyster reefs, and tidal and freshwater wetlands. Managers of these coastal resources must be aware of potential consequences of SLR and adjust their plans accordingly to protect and preserve the resources under their care. The Gulf Coast provides critical habitats for a majority of the commercially important species in the Gulf of Mexico, which depend on inshore waters for either permanent residence or nursery area. The ecosystem services provided by these coastal habitats are at risk from rising sea level. A team led by the University of Central Florida will assess the risk to coasts and coastal habitats from SLR. 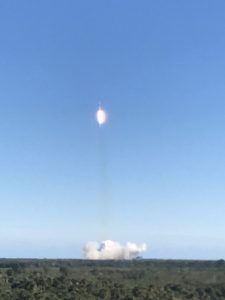 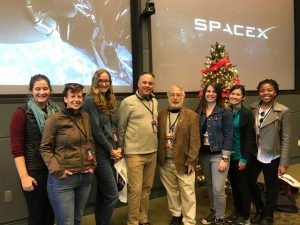