The Kurdish Political Studies Program (KPSP), hosted at the School of Politics, Security, and International Affairs, is the first and only academic program dedicated to the study of politics of Kurds and Kurdistan in the United States. KPSP promotes academic studies and public awareness of Kurdish politics, organizes events addressing contemporary issues affecting Kurdish people, facilitates exchanges and collaborations between UCF and Kurdish universities, and develops curriculum focusing on themes related to the Kurdish experience. KPSP is integrated with the Security Studies doctoral program. A review of KPSP activities from fall 2017 to summer 2019 could be found here.

KPSP is also the home of the Jalal Talabani Endowed Chair of Kurdish Political Studies, the only such position in the country, which was inaugurated on October 29, 2015. The mission of the Chair includes teaching, research and scholarly pursuits centering on Kurdish Political Studies, and further developing recognized excellence in that field. It also facilitates fellowships, distinguished visitors, public forums, courses, workshops and other offerings that objectively present and discuss policies and conditions affecting the security, peace and democratic governance of the Kurdish people, including episodes of mass violence such as the Anfal genocide. 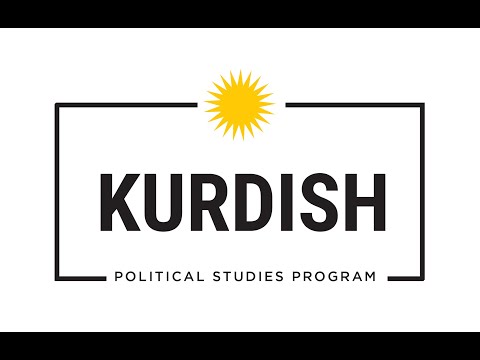 This award, sponsored by KPSP at the University of Central Florida, recognizes the best article in Kurdish Political Studies by a rising scholar during the previous calendar year. In this year’s competition, social science and humanities articles published in English language peer-reviewed journals in 2018 were considered. The winning scholar was awarded $500. The selection committee was composed of Senem Aslan (Bates College), Güneş Murat Tezcür (University of Central Florida), and Metin Yüksel (Hacettepe University).

The committee has unanimously awarded this year’s first prize to an article written by Mustafa Dehqan and Vural Genç. Focusing on the understudied early modern period in the history of Kurdistan and addressing an intriguing theme, Dehqan and Genç skillfully weave together untapped Safavid and Ottoman archival documents and chronicles with a fresh question in mind: the spying/information-gathering activities of Kurdish political actors inhabiting the Ottoman-Safavid borderlands in the 16th century. Far from providing a monolithic and unchanging picture in their political alliance with the Sultan or the Shah, Kurdish emirs’ agency in the power conflict was such that they could strategically maneuver between the two rivaling empires, as can be seen in the case of double agents. By bringing to daylight the activities and records of an interesting array of characters with a meticulous engagement with multi- lingual primary and secondary sources on an understudied period and topic in Kurdish history, the independent scholars Mustafa Dehqan and Vural Genç make a pioneering contribution to the field.

The committee awards honorable mention to Gülay Türkmen’s article investigating the role of religion as a conflict resolution tool in Turkey’s Kurdish conflict. The article is based on more than 60 in-depth interviews Türkmen conducted with Kurdish and Turkish Sunni clerics as well as members of religious orders and NGOs. Engaging with theoretical discussions about the literature on ethnic conflict, she offers an innovative conceptual perspective identifying three distinct ways through which religious actors in Turkey perceive the Kurdish question in Turkey. Providing rich and insightful examples from her empirical work, she then compellingly argues how these distinctive perceptions make it unlikely that Sunni Islam could emerge as a unifying supra-identity over ethno-political differences. Her article is a solid example of how the study of Kurdish politics can directly inform the broader literature on religion and violent conflict resolution.

Polarization and Fragmentation in Kurdish Politics and Beyond

By Doreen Horschig This past Thursday, November 21, 2019, the Kurdish Political Studies Program (KPSP) hosted two distinguished scholars at the University of Central Florida…

Developing UCF’s place in the world is David Dumke’s mission. And Dumke is well-suited to the task. Since 2012, Dumke has led the Prince Mohammad…