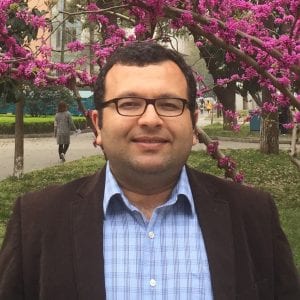 Ulaş Bağcı (Ph.D. University of Nottingham -UK) is an associate professor of Biomedical Engineering at Northwestern University and an affiliated faculty at the Center for Research in Computer Vision (CRCV) in University of Central Florida (UCF). His research interests are image processing and statistical machine learning and their applications in biomedical and clinical imaging. Previously, Prof. Bagci was a staff scientist and the lab manager at the NIH’s Center for Infectious Disease Imaging (CIDI) Lab, department of Radiology and Imaging Sciences (RAD&IS). 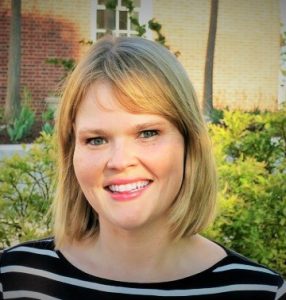 Tiffany Earley-Spadoni (Ph.D. The Johns Hopkins University) is an Associate Professor at the University of Central Florida. Her research focuses upon archaeological investigations of Mesopotamian urbanism at the second millennium BCE archaeological site of Kurd Qaburstan in Iraqi Kurdistan. She is also a scholar of the ancient empire of Urartu, which occupied highland zones of modern-day Turkey, Armenia and Iran. Her book, Landscapes of Warfare: Urartu and Assyria in the Ancient Middle East (University Press of Colorado, 2023) traces the development of fortified imperial landscapes from innovations that occurred in the second millennium BCE. In 2022, she was awarded a National Endowment for the Humanities fellowship for her work on Urartu. 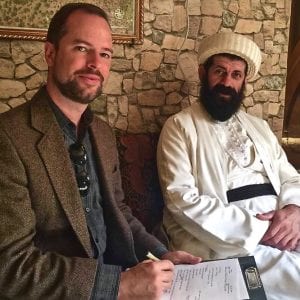 Tyler Fisher (Ph.D. Oxford University, UK) is an Associate Professor at the University of Central Florida. Upon completing a BA in English Literature and a second BA in Spanish at the University of Central Florida in 2003, Tyler Fisher became the first student from UCF to attain a Rhodes Scholarship. This enabled him to pursue graduate studies at Magdalen College, University of Oxford, where his Master’s and doctoral research concerned metaliterary devices and theology in late sixteenth- and early seventeenth-century Spanish poetry. He was subsequently Queen Sofía Research Fellow and Lecturer in Spanish at Exeter College, Oxford (2008-2011). 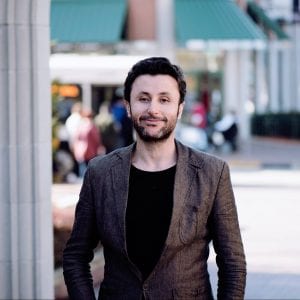 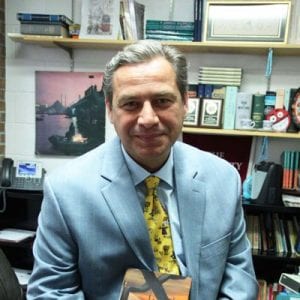 Hakan Özoğlu (Ph.D. Ohio State University) has focused in his previous research on Kurdish Nationalism in the Ottoman Empire. His book was titled Kurdish Notables and the Ottoman State. The Turkish edition of the book came out in 2004. Özoğlu’s main aim in this project was to understand the process of identity formation and emergence of nationalism. His research interests include the power struggle in modern Turkish Republic after WWI and US involvement of the Middle East through Turkey after the Great War. 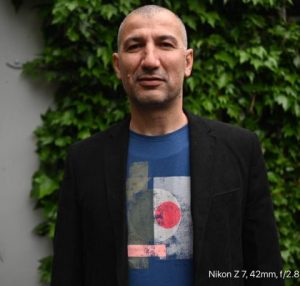 Mustafa Kemal Topal (Ph.D. Roskilde University, Denmark) is Assistant Professor at the Department of People and Technology at the Roskilde University. He has an MA-degree in Psychology and International Development Studies (2009). He received his PhD-degree (2020), based on a dissertation that analyzed intersecting motivations among Kurdish women to join the PKK in its militant struggle. He has published the book chapter ‘New Arrangements of Embodiment, Materiality, Love and Gender in the Kurdistan Workers’ Party’ (Brill, 2020). Now he is working on the publication of his upcoming book, ‘Women Fighters in The Kurdish National Movement: Transforming Gender Politics and PKK’ (2023, I.B. Tauris). Recently (2022), He was awarded the prestigious Independent Research Fund Denmark Internationalization Fellowship grant for the two-year project ‘Kurdish Women’s Democratic Experiment in Post-Conflict Northern Syria’ to be carried out at the University of Central Florida. For more on Topal, see https://forskning.ruc.dk/en/persons/mktopal 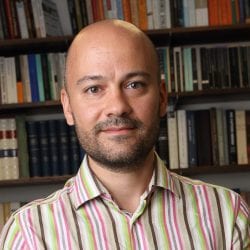 Güneş Murat Tezcür (Ph.D., University of Michigan, 2005), the Jalal Talabani Chair and a Professor at the School of Politics, Security, and International Affairs. He is a social scientist studying political violence, identity, and movements. His articles have appeared or are forthcoming in many different scholarly journals such as American Political Science Review, Comparative Politics, Foreign Policy Analysis, International Studies Perspectives and Journal of Peace Research. His research has been supported by grants from the National Science Foundation, the United States Institute of Peace, and the Harry Frank Guggenheim Foundation. He conducts his research in Kurdish, Persian, and Turkish. 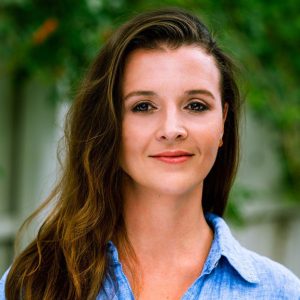 Hannah Barnes is an undergraduate student pursuing an online B.A. in Political Science – International Relations & Comparative Politics. She is also pursuing certificates in Kurdish Studies, Interfaith Dialogue and Intelligence & National Security. Hannah is an IC CAE Scholar and was named the Dr. Najmaldin Karim Fellow for Spring 2022 to conduct research on the 2017 Referendum vote for independence of the Kurdistan region of Iraq. She spent her spring 2022 semester studying Arabic and political science at The American University in Cairo and has also been selected for the 2022-23 Boren Award to pursue her studies of the Kurdish language. 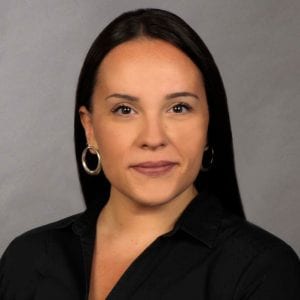 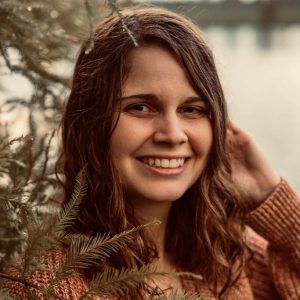 Léa Faure is a PhD student in Security Studies at the School of Politics, Security, and International Affairs at the University of Central Florida. Her research interests lie in the Middle Eastern region, and especially Lebanon, by examining the importance of regional and national organizations in the functioning of humanitarian aid in the region. Prior to joining UCF for her PhD, Léa pursued a B.A in Political Science, a M.A. in Political Science and a M.A. in Geostrategy, Defense and International Security, all at the Institut d’Etudes Politiques d’Aix-en-Provence in her home country, France. She also has a M.A. in Political Science from UCF. 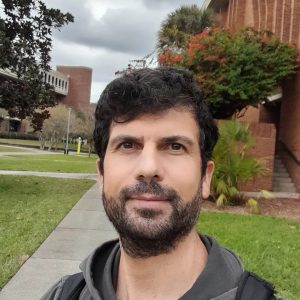 Turan Keles is a PhD student in Security Studies at the School of Politics, Security, and International Affairs at the University of Central Florida. His research interests are Political Economy and Conflict Studies. He is also interested in Machine learning and Deep learning. Turan has a B.A in Economics. Prior to UCF, he received his M.A in Conflict Analysis and Resolution from Sabanci University in Turkey. 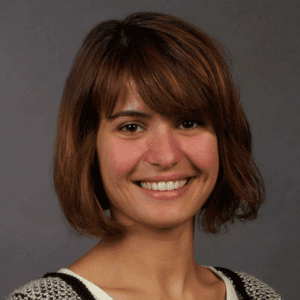 Tutku Ayhan is a doctoral candidate in the Security Studies Program at the School of Politics, Security, and International Affairs at the University of Central Florida. Prior to UCF, she pursued graduate degrees at Ecole des Hautes Etudes en Sciences Sociales and Boğaziçi University. Her dissertation focuses on the effects of genocidal violence on gender relations among the Yazidis. 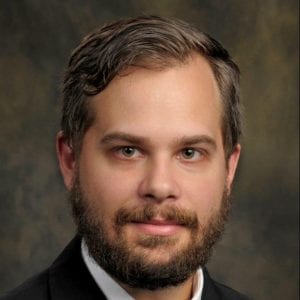 Clayton Besaw (Ph.D. University of Central Florida, 2018) is a political psychologist and computational social scientist. He currently serves as a political events forecaster within OEF Research’s forecasting track. Clayton’s research background explores patterns in conflict and political violence, with a focus on extremist recruitment and behavior. Jenna Dovydaitis was the Najmaldin Karim Fellow in spring 2019. She wrote an honors thesis on the enduring legacy of chemical weapons attacks in Iraqi Kurdistan and graduated from UCF with degrees in biology and political science in 2020. Jenna is currently a student at UCLA Medical School. 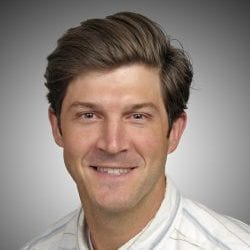 Christopher M. Faulkner (Ph.D. University of Central Florida, 2019) is a scholar of international relations, conflict, and human rights. His publications appeared in various journals such as Civil Wars, Democratization and Third World Quarterly. Christopher wrote his dissertation on child soldiering and was a Minerva-United States Peace Institute Scholar during the 2018-9 academic year. He is a Visiting Assistant Professor at Centre College since Fall 2019. 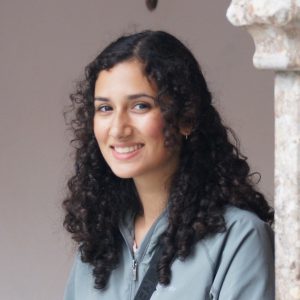 Sophia Griemert was the Najmaldin Karim Fellow in Fall 2020. As Biomedical Science undergraduate student with a minor in Cultural Anthropology, she studies the Anthropology of Global Health and the role of cultural practices in the perception of disease and healing. During her time with KPSP, her research focused on traditional healing within the Yezidi diaspora. She is expected to Graduate in Spring 2022. 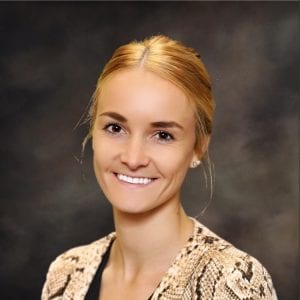 Doreen Horschig (Ph.D. University of Central Florida, 2021) a Nuclear Security and Weapons of Mass Destruction scholar. Her publications appeared in various journals such as Defense and Security Analysis and Third World Quarterly. Doreen’s dissertation discusses the effect of Israeli public opinion and norms on the potential use of nuclear weapons. A Roger L. Hale Fellow at Ploughshares Fund and a 2021 CSIS’ Project on Nuclear Issues scholar, Doreen will be continuing her research at Massachusetts Institute of Technology as a Stanton Nuclear Security fellow. 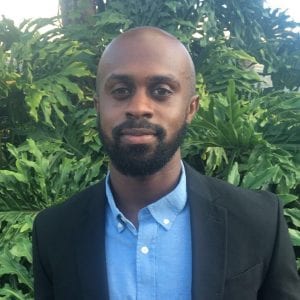 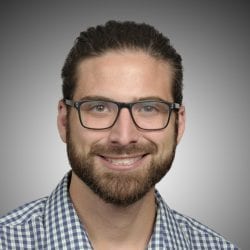 Joshua E. Lambert (Ph.D., University of Central Florida, 2020) was a KPSP assistant in Spring and Summer 2020. Josh studies environmental security, civil-military relation, political psychology, and computational social science. Prior to his PhD studies, he pursued a Master’s degree at the University of New Orleans. 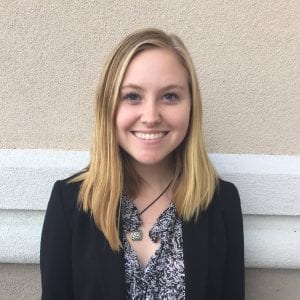 Maggie Morgan was the Najmaldin Karim Fellow in spring 2018. She wrote an honors thesis on the implications of women’s participation in military forces on gender inequality in Kurdish societies. Maggie graduated from UCF in Fall 2019. 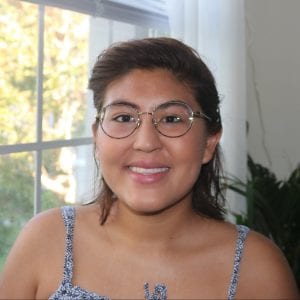 Stephanie Melendez graduated from the University of Central Florida with a major in political science in 2018. She is attending the New York University Steinhardt’s Teacher Residency Program. Kellan Ritter is currently a doctoral student at Penn State University. He was the inaugural Najmaldin Karim Fellow in spring 2017. Kellan graduate from UCF in 2018. 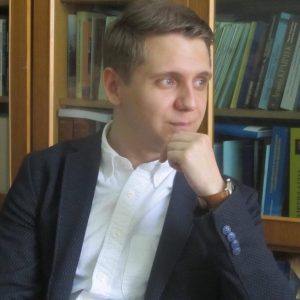 Miroslav Shapovalov is a doctoral candidate in Security Studies at the School of Politics, Security, and International Affairs at the University of Central Florida. His areas of research include Eastern European politics, individual conflict participation, and combatant recruitment. Prior to joining UCF, Miroslav pursued a Master’s degree in Public Policy at European Humanities University. Miroslav’s thesis explores recruitment mechanisms of progovernment militia groups in Ukraine and features fieldwork data he has collected through in-depth interviews of more than 80 former Ukrainian combatants. Helin Yildiz graduated with a M.A. from the University of Bologna. She was a visiting student at KPSP during the 2017-8 academic year. During her visit she conducted research for her thesis on the Kurdish-led governance in northern Syria and its geopolitical impact on the region. 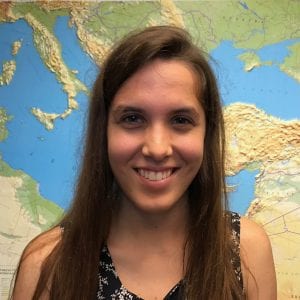 Melissa Zambri graduated from the University of Central Florida in 2019 with a major in International and Global studies. Her research focuses on political violence in Turkish elections and the place of the Kurdish minority on the political landscape of the country.