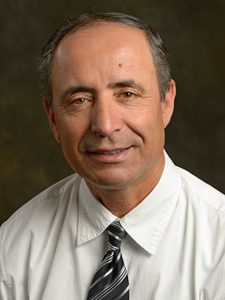 Professor Mouloua received his Maitrise (Post Graduate Diploma) in Industrial Psychology from the University of Algiers and his M.A. and Ph.D. degrees in Applied/Experimental Psychology from The Catholic University of America, Washington, DC. He was a research fellow from 1992 to 1994 at the Cognitive Science Laboratory of The Catholic University of America and became an assistant professor of psychology at UCF in 1994. His research interests include attention and human performance, cognitive aging, automation, and aviation psychology. 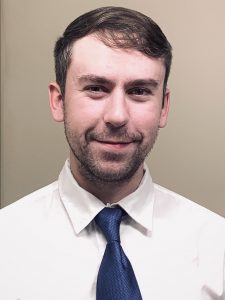 James is a fifth year doctoral candidate in the Human Factors and Cognitive Psychology Ph.D. program at UCF. He received his B.S. in Psychology in 2015 from Southern Connecticut State University, where his research focused on predictors of executive functioning and substance abuse. He received his M.A. from UCF in Applied Experimental & Human Factors Psychology in 2019. His current research interests are in aviation human factors, specifically pilot multi-tasking/distraction and the operation unmanned aerial systems (UAS). Ongoing research projects involve the evaluation of UAS operator training and selection methods, examining performance/workload association, and studying the impact of trust on human performance and human-machine interaction. He has co-authored two published book chapters pertaining to human-automation interaction: Human Monitoring of Automated Systems  and  Human Factors Issues Automation Trust in UAS Operation, Selection, and Training. James’ research has been presented at multiple local, regional, and international conferences. Born and raised in the northeast, he spends much of his free time outdoors, typically on the many golf courses in the Orlando area. 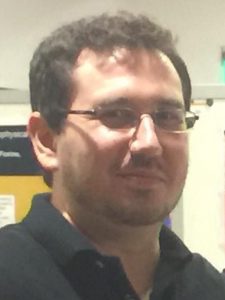 John, a third year graduate student at UCF, started his first-year in the HFC Ph.D. program at University of Central Florida in fall 2018. In 2013, he earned his B.S. in Psychology from UCF where he performed an Honors in the Major thesis that applied fNIR and heart rate variability as correlates of increased mental workload. He earned his M.A. in Experimental Psychology from University of West Florida. For his master’s thesis, John taught Mindfulness and concentration-based meditation to older adults then analyzed their driving performance using a driving simulator. His current research interests are ground and air transportation human factors, psychophysiology of spaceflight, and cognitive neuroscience; particularly in relation to task performance and visual attention. John’s current research projects include analyzing aggressive drivers with and without ADHD and their differences in visual attention. John grew up in Orlando, where he enjoys teaching and participating in mindfulness meditations around the community, wakeboarding on the Butler chain of lakes, and going on outdoor adventures. 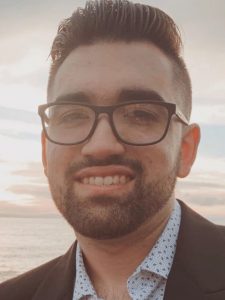 Alejandro is currently a second year graduate student at UCF in the Human Factors and Cognitive Psychology PhD program. He is currently conducting distracted driving research as part of the Surface Transportation lab. He has an interest in looking at how physiological and neuropsychological factors can influence individuals when driving, and especially when they are distracted by commonplace secondary tasks such as texting or taking on the phone. He is also interested in doing this research with special population such as individuals with ADHD or a working memory disorder, older individuals who have mild cognitive impairment, and even young adults with autism spectrum disorder. He hopes his research will be able to bridge the gap in the literature between distractions and disorders impacting poor driver performance, in order to limit the amount of economical and physical harm accidents cause on the road today. Future aspirations for his research would be to branch out into investigating similar ideas, but in the context of self driving cars,  which are becoming more apparent and relevant in today’s age with companies such as Tesla successfully advancing this technology.

Research in TRG would simply be impossible without the help of our undergraduate research assistants (RAs). Their profiles can be viewed here.