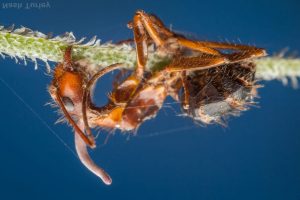 For millions of years, battles between parasites and their hosts have been taking place, in which each party is trying to get the upper hand. Such prolonged parasite-host co-evolution can result in complex phenotypes. Parasite adaptive manipulation of host behavior is a widespread example. Here, parasites use intricate strategies to manipulate their hosts’ behaviors such that they benefit parasite transmission. For many manipulative parasite-host interactions, their captivating natural history has been rather well-described. However, it remains a largely unanswered question how exactly manipulating parasites are able to hijack their hosts. Our research aims to bridge this knowledge gap by providing a deeper mechanistic understanding of parasitic behavioral manipulation. We ask how host behavior changes, which compounds parasites produce that can work as neuromodulators, and how these compounds can affect host behavioral pathways such that they result in altered behavioral phenotypes.

Parasites that modify host behavior to increase their own reproductive success are often referred to as “zombie-makers”. The so-called “zombie ants” are a widespread, evident example. When infected by fungi that hijack behavioral outputs, these ants start to wander, followed by climbing, and latching themselves to vegetation (via biting) to ease the wind dispersal of infectious spores [1,2]. Inducing hosts to ascend and bite are common themes among zombie-makers, which suggests that similar mechanisms for how parasites alter the behavioral phenotype of their host might be used [3,4]. Understanding this (naturally) corrupted chain of events towards the expression of an altered behavioral phenotype in the lab-amenable zombie ant system offers the chance to better understand how behavioral phenotypes evolve and are expressed [5]. As such, our lab mainly uses fungal insect parasites of the genus Ophiocordyceps to learn how certain microbes are able to control animal behavior. More specifically, we currently focus on Ophiocordyceps camponoti-floridani, a fungal species from Florida, which infects and manipulates the Florida Carpenter ant (Camponotus floridanus). 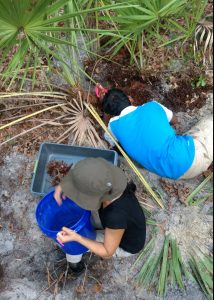 We like to approach our research from both the parasite and the host perspective, to ask questions that range from the gene and molecule level to the level of whole-organism phenotypes, to organismic functioning within an ecosystem. As such, we use an integrative approach in which we combine: 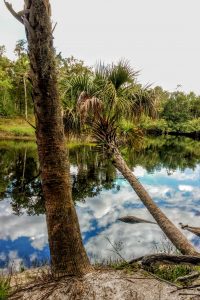 Some of the research projects that we recently published or that are currently ongoing: