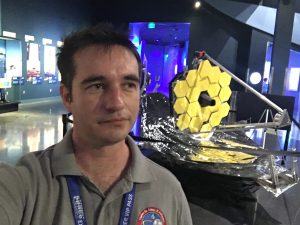 Dr. Christopher Bennett received his Ph.D. in Physical Chemistry from the University of Hawai’i at Manoa in 2009. He spent three years as a postdoctoral associate at the NASA Astrobiology Institute (Institute for Astronomy, Hawai’i) from 2009-2012 and two years as a postdoctoral associate at Georgia Tech from 2012 – 2014 in the department of Chemistry. He then joined GeorgiaTech as a research scientist for two years from 2014-2016 before joining UCF in 2016, where he has been an Assistant Professor since 2016.