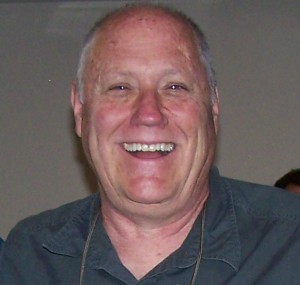 Dr. Pritchard joined the faculty at UCF in 2003. He received his bachelor’s degree in Psychology from UCLA in 1966 and his Ph.D. in 1969 from the University of Minnesota. He has been a faculty member at Purdue University (Assistant and Associate Professor), the University of Houston (Professor), and Texas A&amp;M University (Professor). One major research interest is measuring and improving organizational performance. His approach to measuring and improving organizational performance has been used in many organizations in a variety of countries. A second major research interest is work motivation. He is working on instruments to assess the motivational health of organizations that will lead to interventions to improve motivation. He has received several research awards including the Distinguished Scientific Contribution Award from the Society for Industrial and Organizational Psychology (SIOP) in 2002 for his work on motivation and performance. He is a Fellow in the American Psychological Association and in the American Psychological Society, has been Chairman of the Society of Organizational Behavior, and President of the Houston As-sociation of Industrial and Organizational Psychologists. He is the Editor of the SIOP Organizational Frontiers book series. Retired 2011.

One major focus is measuring and improving organizational productivity. He has developed an approach to developing feedback systems in organizations which relies on inputs from those doing the work to develop a valid and accepted way to measure the productivity. This measurement system is then used as feedback for those doing the work. It allows work teams to identify the main objectives of their tasks, decide how these goals will be measured, and hold feedback meetings where current output levels are compared against these objectives. His system has been used by others in 11 countries and has led to the publication of six books and a number of articles. He has worked on enhancing productivity and effectiveness with organizations in the United States and abroad. He has given workshops, symposia, and other presentations on this productivity work in the US, Canada, England, the Netherlands, Germany, Switzerland, Finland, Mexico, Puerto Rico, Spain, the Czech Republic, Sweden, New Zealand, and Russia.

The second major research effort is developing assessment tools to evaluate the motivation of people at work. Based on a theory he and colleagues have developed, he is working on methods to evaluate the level of motivation in organizations. Part of this evaluation is the determination of what things need to be changed to improve motivation.

His intervention to measure and improve productivity has been used in over 100 organizational settings including different types of organizations, different types of jobs, with people of very different education levels, and in many countries. The intervention has shown very large increases in productivity while job satisfaction has remained the same or improved. This finding indicates that we have ways to help people improve their productivity while at the same time improving the quality of their working life.

Graduate and undergraduate students participate in a number of projects in the productivity improvement research program and the program to measure work motivation. This participation includes planning studies, gathering data, analyzing data, writing up results and publishing the findings. There are 4-6 projects going on at any given time which vary from fairly small to large, multi-year projects.