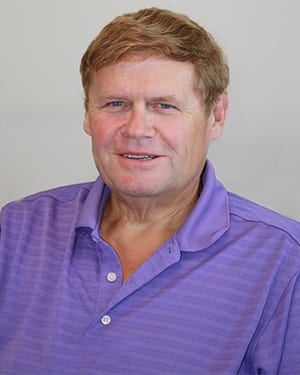 Peter A. Hancock, D.Sc., Ph.D. is Provost Distinguished Research Professor in the Department of Psychology and the Institute for Simulation and Training, as well as at the Department of Civil and Environmental Engineering and the Department of Industrial Engineering and Management Systems at the University of Central Florida (UCF). At UCF in 2009 he was also created the 16th ever University Pegasus Professor (the Institution’s highest honorand in 2012 was named 6th ever University Trustee Chair. He directs the MIT2 Research Laboratories and Associate Director of the Center for Applied Human Factors in Aviation (CAHFA). Prior to his current position he founded and was the Director of the Human Factors Research Laboratory (HFRL) at the University of Minnesota where he held appointments as Professor in the Departments of Computer Science and Electrical Engineering, Mechanical Engineering, Psychology, and Kinesiology as well as at the Cognitive Science Center and the Center on Aging Research. He continues to hold an appointment as a Clinical Adjunct Professor in the Department of Psychology at Minnesota. He is also an affiliated Scientist of the Humans and Automation Laboratory at MIT, a Research Associate of the University of Michigan Transport Research Institute, and a Senior Research Associate at the Institute for Human and Machine Cognition in Pensacola, Florida.

Professor Hancock is the author of over seven hundred refereed scientific articles and publications as well as writing and editing over twenty books including: Human Performance and Ergonomics in the Handbook of Perception and Cognition series, published by Academic Press in 1999. Stress, Workload, and Fatigue, published in 2001 by Lawrence Erlbaum and Performance under Stress published in 2008 by Ashgate. He is the author of the 1997 book, Essays on the Future of Human-Machine Systems and the 2009 text, Mind, Machine and Morality also from Ashgate Publishers. He has been continuously funded by extramural sources for every one of the twenty-nine years of his professional career, including support from NASA, NSF, NIH, NIA, FAA, FHWA, DARPA, the US Navy, Army and Air Force as well as numerous State and Industrial agencies. He was the Principal Investigator on a Multi-Disciplinary University Research Initiative (MURI), in which he directed $5 Million of funded research on stress, workload, and performance, which was the first MURI in behavioral science ever awarded by the US Army. To date, he has secured over $19 Million in externally funded research during his career. In 1999 he was the Arnold Small Lecturer of the Human Factors and Ergonomics Society and in 2000 he was awarded the Sir Frederic Bartlett Medal by the Ergonomics Society of Great Britain for lifetime scientific achievement. He was the Keynote Speaker for the combined meeting of the International Ergonomics Association and the Human Factors and Ergonomics Society in 2000 in San Diego; the largest ever professional meeting of the discipline. In 2001 he won the Franklin V. Taylor Award of the American Psychological Association as well as the Liberty Mutual Prize for Occupational Safety and Ergonomics from the International Ergonomics Association. In association with his colleagues Raja Parasuraman and Anthony Masalonis, he was the winner of the Jerome Hirsch Ely Award of the Human Factors and Ergonomics Society for 2001, the same year in which he was elected a Fellow of the International Ergonomics Association and was awarded a Doctor of Science (D.Sc.) degree from Loughborough University in England. In 2002, he was awarded the Jastrzebowski Medal of the Polish Ergonomics Society for contributions to world ergonomics and in the same year was named a Fellow of the Ergonomics Society of Great Britain.

He is a multiple-term Member of the National Academy of Sciences (NAS), National Research Council’s Committee on Human Factors and in that capacity has served as Chair and Organizer for a number of sub-committees. In 2003 he won the Liberty Mutual Medal of the International Ergonomics Association, a world-wide competition for innovative advances in occupational safety and ergonomics. In 2006 he won the Norbert Wiener Award of the Systems, Man and Cybernetics Society of the Institute of Electrical and Electronic Engineers (IEEE), being the highest award that Society gives for scientific attainment. It is of interest also to note that the company ‘Geek Squad’ which is presently a subsidiary of ‘Best Buy’ and which was featured on ’60 Minutes’ in January 2007, was founded by Robert Stephens while working in Dr. Hancock’s Laboratory at Minnesota. In 2007 Dr. Hancock was the recipient of the John C. Flanagan Award for of the Society of Military Psychologists of the American Psychological Association for lifetime achievement and he was also the 2007 recipient of the A.R. Lauer Award of the Human Factors and Ergonomics Society for lifetime contributions to safety. In 2008 he received the Otto Edholm Award of the Ergonomics Society as well as the Raymond F. Longacre Award of the Aerospace Medical Association for outstanding accomplishment in the psychological and psychiatric aspects of aerospace medicine. Also in 2008 he was the winner of the Andrew P. Sage Award of the Systems, Man and Cybernetics Society of the Institute of Electrical and Electronic Engineers (IEEE) for the best published work in the Journals of the Society which numbered over three-hundred papers for the year.

In 2009, he was named Pegasus Professor of the University of Central Florida. This is the highest award of the University that is now the second largest single university in the United States. Professor Hancock is only the 16th individual ever to be so-named in the history of the Institution. In 2011 he was named the Taylor Award winner of the Aerospace Human Factors Association and gave the opening Plenary Keynote Address at the Graz International Conference on Aviation Psychology. He also won the Admiral Leland Kollmorgen Spirit of Innovation Award of the Augmented Cognition Society. A 2011 member of the Cosmos Club, his current experimental work concerns the evaluation of behavioral response to high-stress conditions, while his theoretical work concerns cultural influences on perception and action and also human relations with technology and the possible futures of this latter symbiosis. In 2012 he presented the Frederick Howell Lewis Distinguished Lecture, of Psi Chi, the International Honor Society in Psychology at the Annual Meeting of the American Psychological Association, was also named winner of the Oliver Keith Hansen Award of the Human Factors and Ergonomics Society for achievement in outreach activities, and was also named Fellow of the Aerospace Medical Association. He is a Fellow and past President of the Human Factors and Ergonomics Society and Fellow and past President of the Society of Engineering Psychologists as well as a former Chair of the Board of the Society for Human Performance in Extreme Environments. He plays golf and collects and studies antique maps. He is a Ricardian researcher, an area in which he has published extensively, the latest work being the text, Richard III and the Murder in the Tower which was published in hardback by the History Press in 2009 and has now entered its third paperback printing. Most recently, he was the recipient of the 2012 John Davey Research Grant for Medieval Studies from the Richard III Foundation which will enable him to pursue further empirical research on the causes and effects of ‘Buckingham’s Rebellion’ of 1483. In 2013 Hancock was the recipient of the Williams Award of the Human Factors and Ergonomics Society as well as the Gersoni Award of the Society of Military Psychologists of the American Psychological Association. In 2016 he was the Plenary Keynote Speaker in the First International Neuroergonomics Conference in Paris, France. In 2017 Hancock was inducted into the University of Central Florida Scroll and Quill Society. His latest books are: Hoax Springs Eternal: The Psychology of Cognitive Deception (now available), and Transports of Delight, from SAGE Journals, which will be available soon. 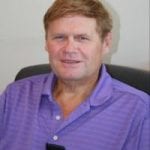