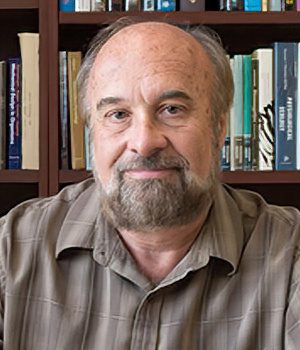 Physiological ecology of marine mammals through the study of their bioenergetics, feeding ecology, and habitat utilization.

Graham Worthy is a UCF Pegasus Professor, Provosts Distinguished Professor of Biology and the Hubbs-SeaWorld Endowed Professor of Marine Mammalogy at the University of Central Florida. He is also the Director of the Physiological Ecology and Bioenergetics Lab in the Department of Biology.  He holds a B.Sc. in Zoology from the University of Guelph in Ontario Canada, as well as a M.Sc. and Ph.D. in Environmental Physiology from the same institution.  After finishing his Ph.D. he went to the University of California at Santa Cruz on a 3 year ONR Postdoctoral Fellowship.  Professor Worthy was on the faculty of Texas A&M University at Galveston between 1990 and 2001 where he achieved the rank of Full Professor.  During that same time, he was also President and State Director of the Texas Marine Mammal Stranding Network – one of the largest marine mammal response networks in the world.  In 2001 he was recruited to the University of Central Florida.  He was one of the founders of the Comparative Nutrition Society (1995) and subsequently served as Vice-President (2000-2002) and President (2002-2004).  He was a member of the Board of Governors for the Society for Marine Mammalogy (1992-1995) and served as the Conference Chairman for two of their biennial meetings (1989 and 1993).  He is currently a member of the Editorial Review Board of both Frontiers in Aquatic Physiology and Southeastern Naturalist.  He has served on many boards and advisory panels on issues relating to marine mammal strandings, manatee conservation, and the 2010 Deepwater Horizon oil spill and is currently co-Chair of the North American Region of IUCN Sirenian Specialist Group.

Professor Worthy’s research interests focus on understanding marine ecosystem function, and ultimately ocean health, by examining the interrelationships between different species and how those species respond to natural and anthropogenic perturbations and how individual animals derive their nutritional needs from their environment by studying their energetics, growth, and nutrition.  To achieve this he has undertaken studies on a variety of marine mammal species, including pinnipeds, cetaceans and sirenians, through laboratory and field based investigations designed to examine the capabilities of different species to withstand normal seasonal variation in their environment as well as understanding how human induced change can impact them.

In 2015 Dr. Worthy authored a successful proposal, submitted to the UCF Faculty Cluster Initiative, to hire five interdisciplinary faculty to form the core of a Sustainable Coastal Systems cluster. This initiative ultimately led to the development of the National Center for Integrated Coastal Research (NCICR) which was approved in 2017.  The mission of the NCICR is to: 1) lead a world-class effort to assess natural and human-related impacts to the health, restoration, and sustainability of coastal systems; 2) conduct long-term, integrated, multi-disciplinary research with strategic external partners; 3) communicate findings in an effective and efficient way to advance scientific inquiry, support resource conservation and management, and to assist policy makers; 4) communicate information to the general public; and 5) train the next generation of scientists to enter the workforce as effective researchers and science emissaries, with interdisciplinary skills that can bridge the gap between science and society, serving as translators and communicators.  The creation of this Center, with 40 faculty drawn from 12 departments in 7 Colleges, has positioned UCF to be a global leader integrating science and social needs into more effective economic development and planning, environmental stewardship, hazard mitigation planning, and public policy development. 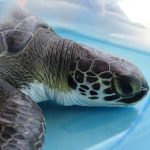 One of Florida’s most precious resources is its water from the aquifer to the 8,436 miles of coastline, boarded by the Gulf of Mexico, the… 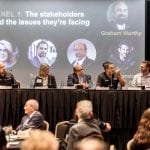 UCF Coastal Working to Find Solutions for our Coastal Communities

By Rachel Stamford Recently, Florida Governor Rick Scott declared a state of emergency due to red tide, a toxic algae bloom, that is devastating the… 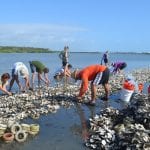 The University of Central Florida recently became a member of the Blue Community Consortium, which aims to help develop sustainable and economically successful coastal communities worldwide.…