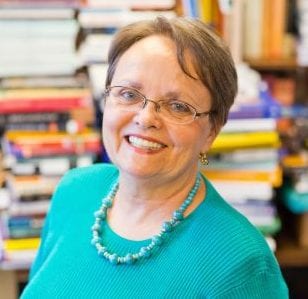 Dr. Waltraud Q. Morales received an MA and PhD from the Josef Korbel School of International Studies of the University of Denver in 1972 and 1977.  She joined the UCF political science department in fall 1980, and for nearly 35 years taught graduate and undergraduate classes and seminars in international and comparative politics.  In 1995, she became the first woman in the department to achieve the rank of full professor.  Dr. Morales retired in October 2014 and in April 2017 was awarded the status of Professor Emerita in Political Science at the Founders’ Day Honors Convocation.

Dr. Morales’s teaching and research focused on Latin American comparative and international politics, and with an emphasis on Bolivia and the Andean region, and anti-narcotics policy and revolutionary change.  She was awarded teaching excellence awards in 2003 and 1996, and sabbatical research awards in 2001 and 1990.  Her scholarly articles, chapters and books, include A Brief History of Bolivia(2005; 2011); Bolivia: Land of Struggle (1992); “Bolivia” in Politics of Latin America (2017); “New Social Movement Governance in Bolivia:  Contention in a Multi-ethnic Democracy” in The New Global Politics (2017); and “Bolivia’s Foreign Policy Toward the Middle East (2000-2015):  Promoting a Populist and Radical Agenda Abroad,” in Latin American Foreign Policies towards the Middle East (2016).

Dr. Morales was a founding member and advocate of UCF’s Latin American Area Studies program and served to advance UCF’s institutional goals of diversity and internationalization.  She received a Fulbright Group Study Abroad Grant to Bolivia in 2004 and a Fulbright Research and Teaching Grant to Bolivia in 1990.  Also, she served as study abroad advisor and tutor in the London and Cambridge programs, and as interim director of the Office of International Studies and member of the Florida International Affairs Commission.  Dr. Morales was a former president of the South Eastern Council on Latin American Studies and a former editor of the Political Chronicle (Journal of the Florida Political Science Association), and she served a one-year term as president of the UCF Chapter of the United Faculty of Florida. 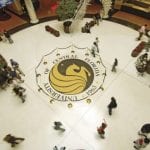