The following people have been elected to serve as chapter officers for the 2013 calendar year. Congratulations! The chapter would like to thank all the officers who have volunteered their time and effort. 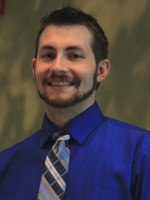 After having successfully completed his Master’s degree in Human Factor’s in Applied Cognition at George Mason University, Adam Emfield decided to pursue his doctorate at the University of Central Florida. He is currently in his second year. His research interests include automation, human-computer interaction, usability, and neuroergonomics. 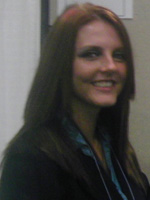 Ashley is a grad student in the AEHF psychology Ph.D program at UCF and IST. She is working toward her master’s in modeling and simulation en route, and has current research interests in healthcare teams and training in medical settings (e.g., simulation based training, teamwork training). Her hobbies include singing, playing guitar, biking, and playing with her german shepherd pup. 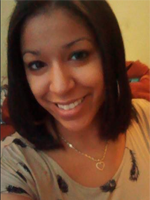 Julissa graduated from the University of Central Florida with a B.S. in Psychology. She is currently a second year student in the Applied Experimental and Human Factors Doctoral program under Dr. Janan Smither. She is additionally pursuing a Master’s degree in Modeling and Simulation en route. As a member of the Technology and Aging Laboratory, she is studying cognition, driving, and usability in an aging population. 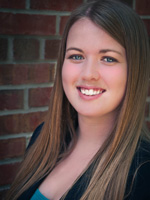 Jennifer Leavens is a second year graduate student in the Applied Experimental and Human Factors doctoral program at UCF.  She obtained her B.A. in Psychology from the University of South Florida in 2011. Currently, she is under the direction of Dr. Mustapha Mouloua and is a part of the Transportation Research Group (TRG) laboratory. Her research interests include safety and performance in transportation, automation, usability, and aviation psychology. 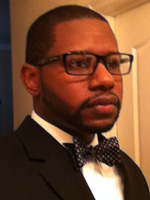 Timothy L. White is a Ph.D. student in the Applied Experimental and Human Factors Psychology program at the University of Central Florida. He is currently employed in the Dismounted Warrior Branch in the Human Research and Engineering Directorate (HRED) of the U.S. Army Research Laboratory (ARL).  He has a B.S. (2002) and M.S. (2004) in Computer Science. 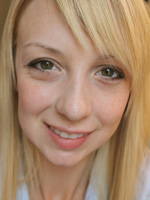 Hello, my name is Lexi Dewar and I am your Historian for the 2013-2014 year! I am a PhD student in the AEHF program working alongside Dr. Mustapha Mouloua. I’m currently studying transportation psychology and look forward to researching the older adult usability and technology interaction. Outside of schoolwork, I enjoy baking all sorts of goodies and photography 🙂

Shan graduated from Grinnell College with a B.A. in Psychology. He is currently a third year student in the Applied Experimental Human Factors program at the University of Central Florida. When not working at the Recent and Emerging Technology Research Organization (RETRO) lab, he acts as webmaster with the student chapter. His research interests include training and behavioral modification using digital media, user experience, and usability.