The following people have been elected to serve as chapter officers for the 2016 calendar year. 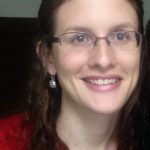 Kimberly is a Ph.D. student in the Applied Experimental and Human Factors (AEHF) program at the University of Central Florida, where she conducts research with Dr. Peter Hancock examining trust, workload, and sleep. She also works at the Institute of Simulation and Training under the direction of Dr. Jessie Chen conducting research on trust and transparency in human-robot interaction.

Kimberly believes that service is important for the future of human factors. She strives to benefit the students of this program as well as up-and-coming students who may be looking for a future in psychology. Kimberly mentors several undergraduates, and is always open to taking students under her wing for completing directed research projects. 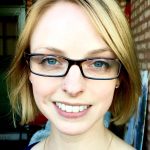 Caitlin L. Faerevaag is a first year graduate student in the AEHF program. She is a student of Dr. Florian Jentsch in the Team Performance Lab, and a Graduate Teaching Assistant. Her research interests include: trust in automation, human-robot teaming, and aviation. Caitlin received a B.Sc. in Psychology from Northern Illinois University in 2013. She served as Secretary and a founding member of the Model United Nations chapter at her high school, and has several years of relevant work experience in political organizing. Caitlin looks forward to representing UCF as the HFES Student Chapter Vice President. 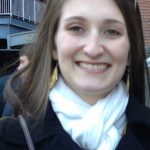 Kylie Fernandez is a first-year PhD student in the Applied Experimental and Human Factors program. She holds a BS in psychology from Georgia Institute of Technology where she studied interactions between people and technology. She also completed two summer internships in the Air Force Repperger Program where she explored the relationships between physical and cognitive functioning. As a graduate student, Kylie plans to use biomarkers and neuroscience in her research on human factors and applied psychology. 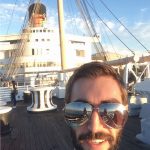 William (Billy) Volante is a new member of the HFES student chapter at UCF. He has attended all major events held by our chapter this Fall semester, an important staple for the position of historian. Additionally, he has past experience in a treasurer role, as he held the treasurer position of the UCF rowing club for 1 year, from 2011-2012.

Sarah Williams is a second-year graduate student in Dr. Bohil’s Categorization and Decision Lab.  Her research involves investigating the perceptual and decisional aspects of choice.  She has experience in the position and love nothing more than providing ways for others to interact during both entertaining and networking activities. 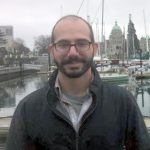 Paul Barclay holds an M.A. in Psychology from the University of Houston at Clear Lake and was awarded a Presidential Fellowship for Ph.D. studies in the Applied Experimental and Human Factors Psychology Program at UCF, where he is a member of the RETRO lab.  Has camera, will travel. 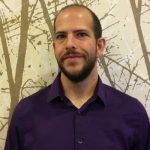 Michael Rupp holds an M.S. in Modeling and Simulation from the University of Central Florida Currently he is also a graduate research assistant in the Technology and Aging lab (TAL) where he researches human performance in simulated environments, distracted driving, human computer interaction, attention, and usability for both younger and older adults.