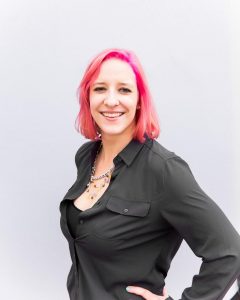 Sarah Williams is the UCF HFES Student Chapter President.  When she is not working in the lab, she can be found hunting Pokemon and organizing student events. 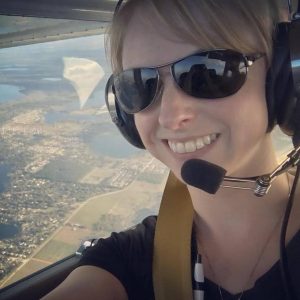 Caitlin Faerevaag is the Vice President.  She is a Human Factors researcher and Ph.D. student with research interests in Aviation, Crew Resource Management, and Human-Robot Interaction. As seen in this picture, she isn’t scared of heights.