The following people have been elected to serve as chapter officers for the 2015 calendar year. 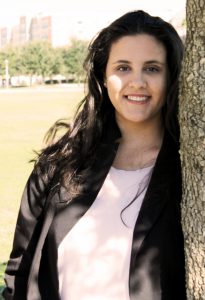 Gabriella M. Hancock is currently a fourth-year graduate student pursuing her Doctorate in Applied Experimental and Human Factors Psychology at the University of Central Florida (UCF). Her dissertation concerns the psychophysiological underpinnings of vigilance performance. Her other research interests include how attitudes, preferences, and motivational factors influence literacy behaviors and preferences for using either printed or e-books. She also holds two Master’s degrees; one in Applied Physiology and Kinesiology from the University of Florida and one in Industrial Engineering from UCF.   She has been an active member of the UCF HFES Student Chapter each year she has been in the program, acting as Historian, Interim Vice President, and now President. 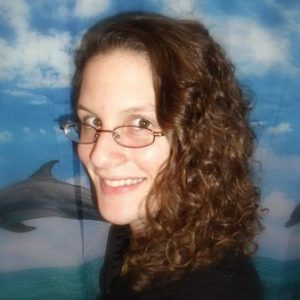 I am a PhD student in the Applied Experimental and Human Factors program at the University of Central Florida. I also work at the Institute of Simulation and Training conducting research under the direction of Dr. Eduardo Salas. I currently research topics related to human-machine systems, including human-machine interaction modeling, human performance measurement, and safety analysis. It is a pleasure to serve our chapter again this year. Alongside the president and other officers, I will be working hard to help organize our annual HFES social, various speaking events here at UCF, field trips to exciting places, and other fun events for our students. We are also holding a book drive this year, and I hope you will participate by donating some of your old textbooks to the effort. If you have any questions, comments, or concerns, feel free to stop me in the hallway or email me at kimberly_stowers@knights.ucf.edu 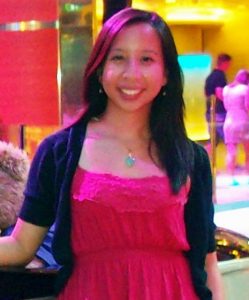 I am a first-year Ph.D. student in the Applied Experimental and Human Factors program at UCF.  My advisor is Dr. Mouloua, and I am conducting research on individual differences in working memory and driving.  Previously, I had studied at The College of New Jersey for my undergraduate degree in psychology and minor in biology, and at Villanova University for my M.S. degree in (experimental) psychology.

During my free time, I enjoy immersing myself in the arts and learning new languages.  As an undergraduate, I performed piano as part of a piano studio, and painted Chinese traditional painting in several national competitions. 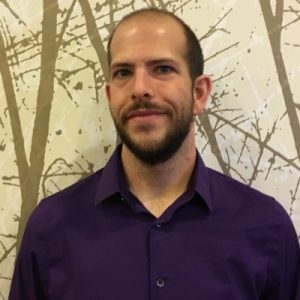 Michael Rupp is a third year graduate student in the AEHF Psychology Program at UCF. He previously, completed his M.S. Modeling & Simulation in the human systems track in 2012 and his Psychology B.S. in 2009. Currently he is also a graduate research assistant in the Technology and Aging lab (TAL) where he researches human performance in simulated environments, distracted driving, human computer interaction, attention, and usability for both younger and older adults. 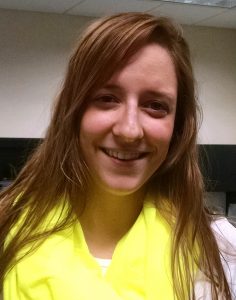 Sarah Williams graduated in 2014 from Washington and Lee University with a B.S. in Psychology and a B.A. in English.  After vacillating between creative writing and psychology programs, she decided to make reading and writing her night gig and take a stab at the AEHF program at the University of Central Florida.  She works in Dr. Corey Bohil’s lab, doing research on decision making and different forms of motivation and reward.  She has a burgeoning interest in programming and different statistical analysis systems.  When not in the lab, Sarah can be found catering to the whims of her two felines, Eponine and Satine. 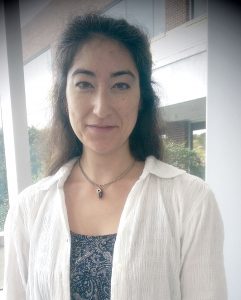 Misa has, at various times in her life, wanted to be a ballerina (age 3), an astronomer (age 13), and an actress (age 18), which is why she got her first B.A. in Asian Studies from the University of Puget Sound in Tacoma, Washington in 2002. Since that time, she discovered just how cool and intriguing the mind is, and went back to school for a B.S. in Psychology from Washington State University, Tri-Cities. Now she’s in the Applied Experimental and Human Factors (AEHF) doctoral program at the University of Central Florida, working in the lab of Eduardo Salas on NASA-funded research that benefits the exploration and expansion of knowledge on two frontiers: the mind, and space. In the leisure time that she had once upon a time, she thoroughly enjoyed reading science fiction, fantasy, and psychology-related nonfiction, spending time in nature with her camera and journal, and stargazing. 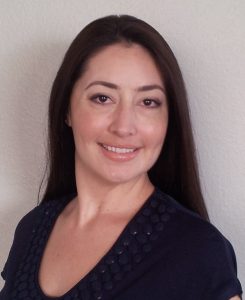 Theresa Kessler received a B.Sc. in Marketing from Nicholls State University in 2001 and a B.Sc. in Psychology from University of Central Florida in 2013, where she graduated with honors in the major. She is currently working on her Ph.D. in Applied Experimental Human Factors Psychology at the University of Central Florida under the direction of Dr. Peter Hancock. She has worked in the MIT2 Laboratory since January of 2013. In addition, she is a Graduate Teaching Assistant. Her research interests include trust and transparency in HRI in addition to human-robot teaming. 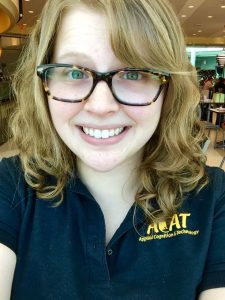 Daphne Whitmer is a first year graduate student researching emergency warnings in the Applied Cognition and Technology (ACAT) lab. She is ACAT’s Lab Manager and Website Manager. In her free time, Daphne likes to cook, visit local theme parks, and write biographies in the third person.