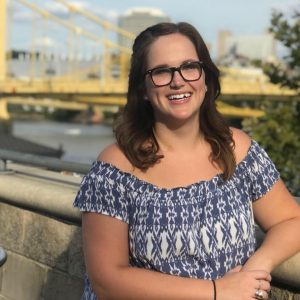 Grace Waldfogle was the President of the UCF HFES Student Chapter for the 2019 calendar year. Her research interests include training for vigilance as well as how individual differences contribute to variations in performance. When Grace is not working in the lab, you find her laying on the nearest couch binge watching Netflix and looking at the WeRateDogs (@Dog_Rates) twitter. 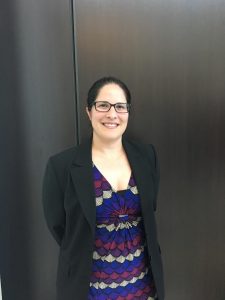 Eva Parkhurst was the UCF HFES Student Chapter Vice President. In addition to her work on aging and robotics, she is also an expert in the care and raising of gray cats. 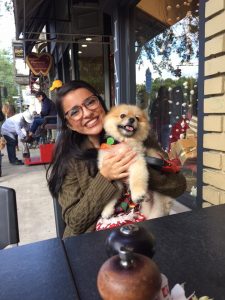 Allison Garibaldi was the Social Chair of the UCF HFES student chapter. She is interested in the affective and motivational components of human performance and technology use. In her free time, she watches copious amounts of YouTube and sinks ever deeper into the Song of Ice and Fire/Game of Thrones fandom. 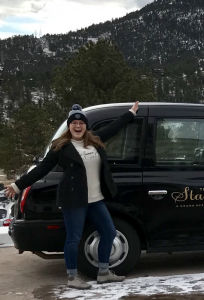 Briana Sobel was the Treasurer of the HFES Student Chapter. Her research interests include anthropomorphism of computer interfaces and perceptions of media affordances. Her personal interests include dogs, puns, and contemplating the inevitable heat death of the universe.

Gabby was the secretary for the HFES Student Chapter and a student in the Modeling and Simulation M.S program. Her research interests are in augmented cognition, system transparency, and human-robot/ human-automation teams. When she’s not in the lab, you can find her snuggling with her cats whist contemplating her life choices and head-butting dogs (not all at the same time).  She also holds the (personal) record of consuming an entire burrito bowl from Chipotle in 4 minutes. 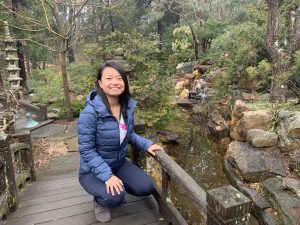 Xiaoqing Wan was the Webmaster of the UCF HFES Student Chapter. Her research interests include judgment, decision making, memory, and behavioral economics. When she’s not in the lab, she enjoys going to the movies and hanging out with her husband. 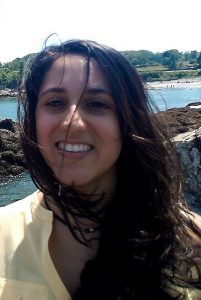 Natalie Paquette was the outreach chair of the student chapter. She is a cognitive neuroscience junkie and usability enthusiast. She spends her free time clinging to the side of cliffs or playing with the brain. 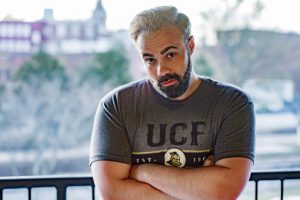 Jason Parker was the historian of the student chapter. Jason is a doctoral student in the Human Factors and Cognitive Psychology program at the University of Central Florida. Jason received an MA in Modern Languages and an MS in Experimental Psychology from Georgia Southern University. His interests are at the intersection of cognition, technology, and human decision-making. Jason’s current research examines technology interaction during decision-making under uncertainty. The intention of such research is to explore aspects of perceptual threat detection and risk analysis as to improve adaptive cognitions and behaviors in response to emergency warnings (i.e., tornadoes, hurricanes, terrorist attacks). Jason’s other ongoing research projects include (a) visual perception and memory in virtual reality, (b) the impact of technology use on executive functioning, and (c) how humans apply ethics and morals to robots and artificial intelligence.