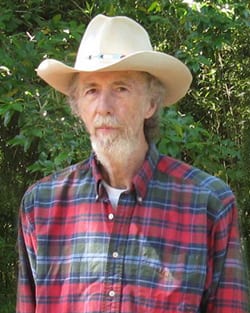 Dr. Jones was a professor of anthropology specializing in cultural anthropology. He received his Ph.D. from the University of Oklahoma in 1973. He specialized in Native North America and Asia, with particular interest in religion, military organization, ethnobotany, and psycho- cultural analysis. He started at UCF in 1973 and taught Indians of the High Plains, Law and Culture; Anthropology of Japan; and the History of Anthropology. His publications include books such as Sanapia: Comanche Medicine Woman (1972), Women Warriors: A History (1997), An Instinct for Dragons (2001), Combat, Ritual and Performance: Anthropology of the Martial Arts (2002), Native North American Armor, Shields, and Fortifications (2004). He retired in May 2009.