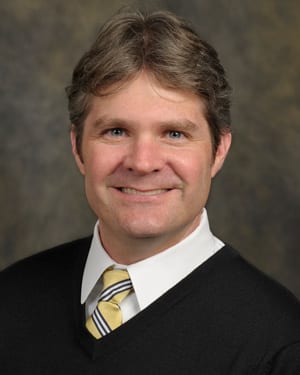 Dr. Callaghan is an anthropological archaeologist who studies Pre-Columbian Mesoamerican societies in an effort to understand the origins of social complexity. His research focuses on the emergence of complexity as it relates to community ritual, social inequality, craft specialization, and long distance exchange. Dr. Callaghan specializes in the study of the ancient Maya with an emphasis on ceramic analysis. His research on ceramics informs the study of how technology and production contribute to changes in social structure.

Dr. Callaghan graduated with his BS (1998) and PhD (2008) from Vanderbilt University. He has published his research in journals such as Ancient Mesoamerica, Latin American Antiquity, and the Journal of Archaeological Science: Reports. He is co-editor of The Inalienable in the Archaeology of Mesoamerica (with Brigitte Kovacevich). Other publications include contributions to edited volumes that emphasize the study of ancient ceramics and craft production in complex societies including Ancient Maya Pottery, Gendered Labor in Specialized Economies, and Making Value, Making Meaning: Techné in the Pre-Columbian World. He is author of The Ceramic Sequence of the Holmul Region, Guatemala (with Nina Neivens de Estrada) published by the University of Arizona Press.

He teaches courses for graduate and undergraduate students at UCF in the areas of General Anthropology, New World Archaeology, Maya Iconography, and Ethics in Archaeology. He is developing courses focusing on the study and replication of ancient ceramic technologies with lab components.

I am an anthropological archaeologist who specializes in Mesoamerican complex societies with an analytical focus on ceramic artifacts. Through ceramic analysis I am able to apply humanistic questions to archaeological datasets utilizing methodologies from the natural sciences. My research focuses on the articulation of prehistoric economy, politics, and ritual. My view of ancient economies is not one of the production and consumption of needful things alone, but the creation, manipulation, and dissemination of material manifestations of meaning. In pre-industrial non-western cultures crafted objects were part of complex systems of social, political, and religious ideals. In order to understand the value of these objects to prehistoric peoples, and the organization of their systems of production and consumption, I believe these objects must be studied within the cultural contexts in which they were made, distributed, and consumed. My entry into this complex system of material and social relations is ceramic analysis with an emphasis on production technology.

In my dissertation research I used ceramic analysis and the theoretical framework of ritual economy to study innovations in ceramic technology during the second half of the Terminal Preclassic period (AD 150-250) in the Holmul region, Guatemala. Specifically, I studied the introduction of polychrome painting and its related ceramic technologies in association with well-documented changes in political organization and potential changes in ritual performance and feasting patterns. Using a suite of ceramic analytical techniques including type-variety-mode analysis, petrography, and Instrumental Neutron Activation Analysis I learned that production patterns changed in conjunction with changes in ritual feasting and political organization. The research is significant in that it revealed how ritual and performance can dramatically affect production and consumption. This study was generously funded by a National Science Foundation Dissertation Enhancement Grant, a Vanderbilt Dissertation Enhancement Grant, and a Robert Penn Warren Center for the Humanities Dissertation Writing Fellowship. This research has been published in Ancient Mesoamerica, Ancient Maya Pottery edited by James John Aimers (University Press of Florida), and multiple volumes of the Guatemalan Simposio de Investigaciónes Argueológicas en Guatemala. A monograph, The Ceramic Sequence of the Holmul Region, Guatemala is currently under contract with the University of Arizona Press.

An important aspect of my dissertation research was the study of how polychrome ceramics gained value and meaning through production and use. In post-doctoral research I focused on how the value of polychrome ceramics was associated with technological style, gender and identity of producers, contexts of use, and the identity of individuals who owned a vessel. Using Annette Weiner’s concept of inalienable wealth I demonstrated how the value of a vessel is inextricably linked to the identity of its owners and producers. Publications on this work include two chapters in my co-edited volume (with Brigitte Kovacevich), The Inalienable in the Archaeology of Mesoamerica (Archaeological Papers of the American Anthropological Association), and a chapter in Gendered Labor in Specialized Economies edited by Sophia Kelly and Traci Ardren (University Press of Colorado). I was also an invited speaker in the 2013 Dumbarton Oaks Pre-Columbian Symposium where discussion focused on the creation of value in material objects and its relation to the Greek concept of techné or “crafting with skill and social purpose”. The proceedings are being published by Dumbarton Oaks and edited by the symposium organizer, Cathy Lynne Costin.

The objective of the Holtun project is to determine how households contributed to the development of social inequality during the Preclassic period and what role household activities played in the development of social complexity. Goals of the project include identifying Preclassic-period (600-0 BCE) households and evidence of everyday activities, examining differences between households and how they reflect emerging social inequalities, and recognizing the role of households of all statuses in the emergence of complexity from the Middle to Late Preclassic periods. Principal methods include excavation into domestic and monumental architecture, and analysis of artifacts using both traditional and contemporary approaches including: ceramic and lithic classification, petrography, lithic microwear analysis and replication studies, X-ray Fluorescence, pXRF analysis, stable-isotope analysis of human bone, Instrumental Neutron Activation Analysis, and soil geo-chemistry studies.

The Holtun Project has received research funding from the National Science Foundation, National Geographic Society, National Geographic Society/WAITT Program, American Philosophical Society, and the Missouri University Research Reactor as part of its NSF-subsidy program. Preliminary findings have been published in Journal of Archaeological Science: Reports and Latin American Antiquity. Research has been presented at international conferences including the annual meetings for the Society of American Archaeology, Simposio de Investigaciónes Argueológicas en Guatemala, the South Central Conference on Mesoamerica. Research has also been presented at regional lectures in the U.S. and Guatemala including the Archaeological Institute of America in Jacksonville, FL; Institute for Maya Studies in Miami, FL; the UCF College of Science Distinguished Lecture Series in Orlando, FL; and the Museo Popol Vuh in Guatemala City, Guatemala.

The project is generating data for multiple Masters and PhD dissertation theses, as well as advanced undergraduate Honors theses. 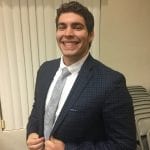 Javier Cintron is no stranger to student research. He’s been tackling problems alongside John Starbuck, Ph.D., this year, but now he has received a Summer…

In April, the Society for American Archaeology (SAA) held its 81st annual conference in Orlando and the UCF Anthropology Department had the opportunity to be… 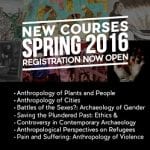