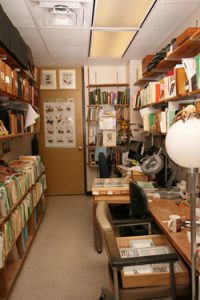 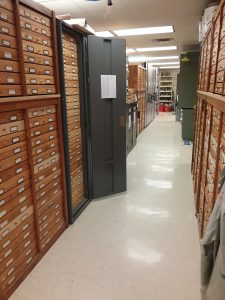 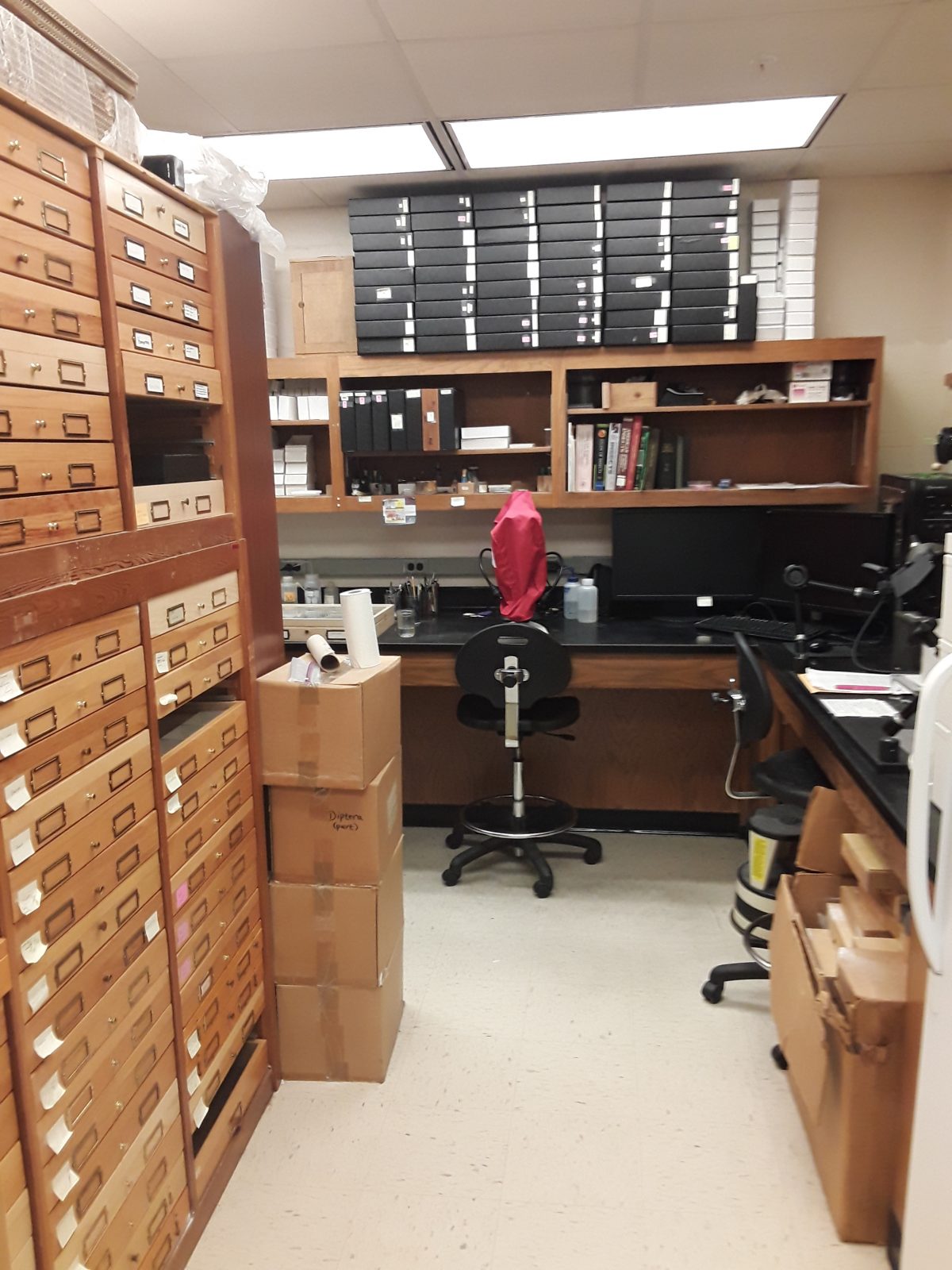 The “historical” Bug Closet, Museum Range and annex room in 2020.

The University of Central Florida Collection of Arthropods (UCFC) is housed in the Museum Range of the UCF Department of Biology in the first floor of the Biology Building. The Museum Range is a 1,856 square foot facility that also houses several other collections including mammals, reptiles and amphibians, birds, and fishes that are primarily used for teaching various taxon-oriented courses. Like other collections in the Museum Range, UCFC started as a small teaching collection, but in 1991, Stuart M. Fullerton, a research associate in the Department of Biology who had a deep appreciation for entomology, decided to create a more formal research collection based on thorough sampling of local insect fauna. Fullerton, along with a large number of undergraduate student volunteers began collecting insects in and around the UCF campus focusing on major micro eco-zones defined by vegetation representative of native Central Florida ecosystems. 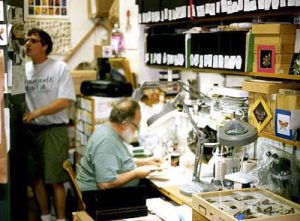 In the beginning, the Department of Biology provided Fullerton with a closet-sized room (7 ft x 16 ft) for his operation, affectionately known as the “Bug Closet,” which quickly filled up with insect specimens. By 1997, the size of the collection had grown to over 148,000 specimens and drawers and cabinets had to be placed in a hallway outside of the Bug Closet. In order to meet the growing space needed for UCFC, as well as other collections (some used for teaching purposes), the Department created the Museum Range in 1997 and the entire insect collection moved to this new space. At this time, Fullerton and undergraduate student volunteers began databasing the entire collection at the specimen level. By 2001, the size of UCFC grew to over 290,000 specimens and it continued to grow rapidly by incorporating specimens collected from various expeditions in and outside of Central Florida. In 2010, the Department provided UCFC with an additional 304 ft² room (known as the annex room), which used to be a prep room for the teaching collections, and it also quickly filled up with more insect cabinets and drawers. Currently, UCFC is occupying more than half of the Museum Range and the size of the collection is now over 560,000 specimens.

In 2010, the Department hired a full-time, tenure track faculty as Curator of UCFC (Hojun Song) who has a strong collection-based research program in insect systematics, especially in Orthoptera (grasshoppers, katydids and crickets). In 2011, the Department hired another full-time, tenure track entomologist (Joshua King) whose research program involves faunal surveys focusing on Florida ants, which coincides with the core mission of the collection. In 2012, the Department and the College of Sciences made a long-term commitment to UCFC by creating a permanent full-time collection manager position, which was filled by Sandor Kelly who had been working at UCFC for a number of years. In 2014, our beloved founder passed away, but generously left his estate to enlarge the size of our endowment. In 2015, Hojun Song left UCF for a new faculty position at Texas A&M University, but remained as an adjunct curator. The Department of Biology at UCF recognized the importance of UCFC and quickly decided to replace the vacant position, which is now filled by Dr. Barb Sharanowski, an evolutionary biologist who focuses on parasitic Hymenoptera. All of these recent changes collectively provide a momentum to propel UCFC to become one of the major research collections in the U.S.