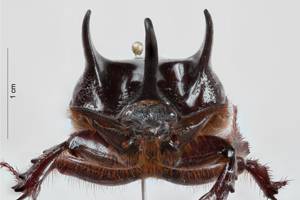 The scope of UCFC encompasses all groups of insects and related terrestrial arthropods with a heavy regional emphasis on Central Florida. As of May 2020, the size of the collection, within which every single specimen has been specimen-level databased, is 565,000 pinned specimens. In terms of the number of specimens and the number of identified species, the collection has the strongest holdings in the orders Hymenoptera and Coleoptera, both of which collectively make up ~80% of the entire collection. Many specimens belonging to these two orders were collected using passive trapping methods including Malaise traps, colored pan traps, and pitfall traps. As a result, the collection’s holdings for these orders include a large series for any given species, which is particularly valuable in studying intraspecific variations. 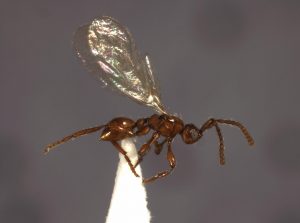 Geographically, nearly 70% of the collection’s holdings were collected from Florida, with a strong emphasis on various ecosystems in Central Florida (more than 60% of the entire collection). Most of the remaining part of the collection consists of specimens collected from numerous survey works conducted in the continental U.S., including California’s Central Valley and central Sierra Nevada range and as well as Great Smoky Mountains National Park in Tennessee. Relatively less of the collection’s holdings originate from miscellaneous international localities, although recent acquisitions of specimens and trap samples from Mexico, Panama, Peru, and South Africa are increasing that aspect.  See the Field tab for more information. 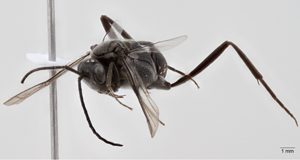 Due to the fact that a large proportion of UCFC holdings resulted from collecting efforts directed by Fullerton himself, over 75% of holdings have ecological data associated with each specimen. A majority of these specimens were collected from specific and unique ecosystems in Central Florida, such as pine flatwoods, scrub, temperate hardwood forests, swamps, and freshwater marshes, thereby harboring unsurpassed information on the biology and ecology of the Central Florida insects. 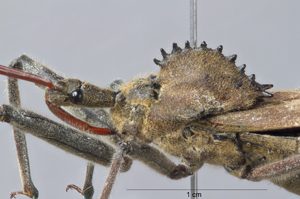