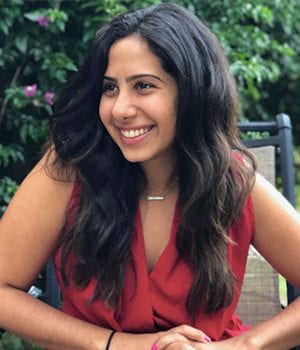 Ida V. Eskamani a first generation Iranian-American and the daughter of working people. Born and raised in Orlando, Ida earned dual degrees in Political Science and Sociology as an undergraduate, as well as a Masters in Public Administration from the University of Central Florida. UCF is a family tradition for her family; Ida’s father, big brother, and twin sister are all UCF Knights and it was UCF where Ida cut her teeth in advocacy and organizing. Since then, in her decade working in Florida politics Ida has worked for some of the top campaigns, lawmakers, and advocacy organizations in the state, including the state’s LGBTQ civil rights organization Equality Florida, as well as Chief of Staff for Florida’s first openly LGBTQ Latinx lawmaker, Representative Carlos Guillermo Smith. She currently serves as Public Policy Director for a statewide coalition of community organizations, members including Organize Florida, New Florida Majority, and Florida Immigrant Coalition. In this role she leads legislative efforts and coalition building with an emphasis on expanding democracy, criminal justice reform, and community wealth issues such as preemption, housing, and healthcare access. In her free time, Ida is a freelance music writer for the Orlando Weekly.