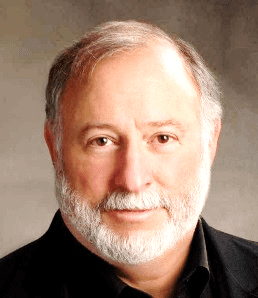 Steve Goldman is a world-recognized expert and pioneer in computer storage technology, including disk caching and RAID. In 1977, Goldman founded Distributed Processing Technology, the first company to develop and manufacture intelligent storage controllers for the computer industry. In the 1980s, he helped create several computer interface standards for the American National Standards Institute (ANSI), including the Small Computer System Interface. In 2000, Goldman retired from the computer industry to pursue philanthropic interests in the arts and sciences. Goldman has served as President of the Orlando Philharmonic Orchestra, and as Vice President of the Marin Symphony. In addition, Goldman has served on the Board of Trustees for United Arts of Central Florida, the Orlando Museum of Art, the Orlando Festival of Orchestras and the Orlando Science Center. In 2002, he served as interim CEO for the Orlando Science Center. He is a member of the Dean’s Advisory Councils for both the University of Central Florida’s College of Arts and Humanities and the College of Sciences. In 2015, Goldman served on the Winter Park Visioning Steering Committee and was included in the list of “Most Influential People in Winter Park” by Winter Park Magazine. Goldman founded and, in conjunction with the University of Central Florida, Rollins College, Full Sail University and the Dr. Phillips Center for the Performing arts, sponsors the National Young Composers Challenge. Goldman is the creator of the charitable non-profit corporation Why U which develops animated video tutorials for math and science education.  Goldman studied music composition at Interlochen Center for the Arts, and in 1974 received a BS in Physics from the University of Florida. He is a member of the Sigma Pi Sigma Physics Honor Society.