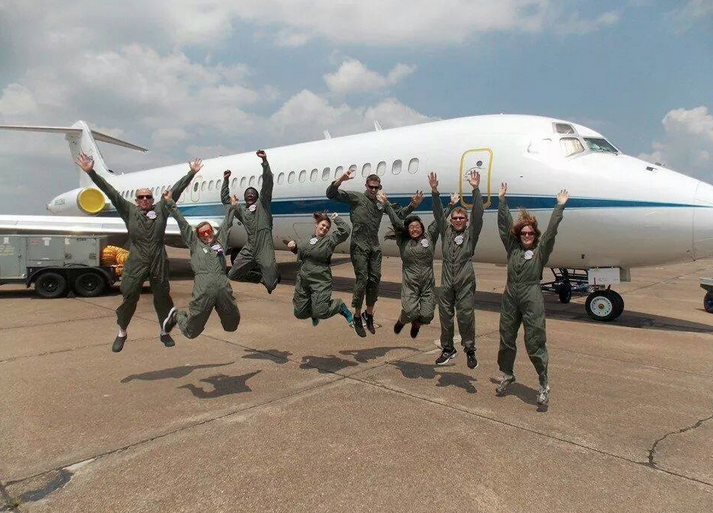 The Collisional Accretion Experiment (CATE) was designed to study the accretion of small particles onto a larger body in a vacuum, as well as in microgravity conditions. This experiment allows further insight into the particle interactions in proto-planetary disks and in planetary ring systems. A macroscopic target object is be released via a spring system on one end of an experiment tube and traverses a cloud of dust particles at a low speed. The same sort of collisions of dust particles with larger objects are believed to be responsible for the accretion ridges observed on some of the small moons of Saturn.

In July of 2014 CATE flew on a four day campaign aboard a NASA funded parabolic flight. The flight allowed the experiment to be tested in ideal space conditions that cannot  be experienced on Earth. Check out the team’s blog, which chronicled the development of the experiment and the students’ experiences from the project’s beginnings through the Flight Week!

A similar version of CATE’s tubes are now flying on STRATA-1.