The Spanish Film Club series was made possible with the support of Pradga, SPAIN Arts & Culture and the Secretary of State for Culture of Spain.

WHEN: September 16 – October 28, 2022
TIME: 5:30 PM
WHERE: UCF/ VAB 132 (Visual Arts Building Auditorium) or Online, On-Demand (Stream for one week after the event. RSVP is required for all options.
COST: Admission is free

PARKING: Free parking is available in Garage F (behind the CFE Arena) or in most parking lots and garages after 5:30 PM with the purchase of an AFTER HOURS daily parking permit ($3.00).  Permits can be purchased at the lot kiosks or online.

The Latin American/Latinx Film Festival will concurrently hold a student video competition. The competition is designed to showcase the experience of the Latin American and/or Latinx community. Topics can include short oral histories, issues of social justice, gender, race, identity, memory, or fiction. The chosen finalists will be presented in a virtual screening on December 9, 2022. Deadline for submissions is November 23, 2022. 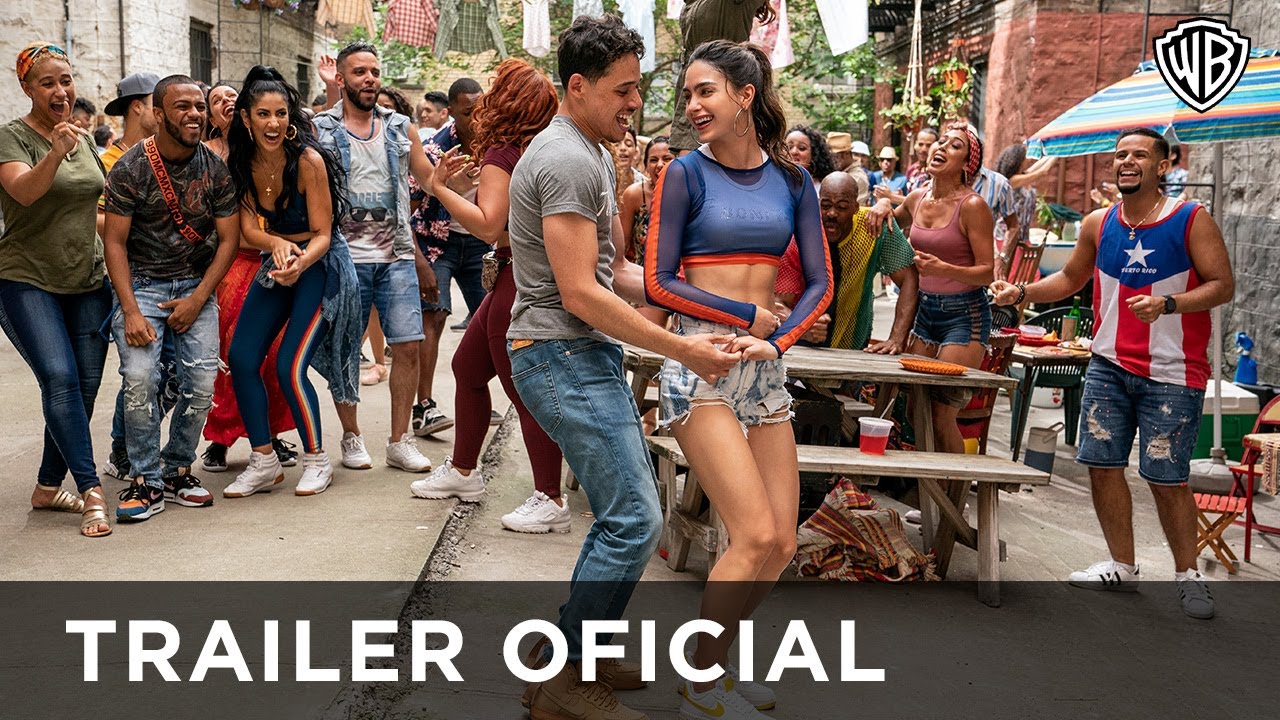 An exuberant musical and visual feast created by Lin-Manuel Miranda, In the Heights is a love letter to the Washington Heights neighborhood and an homage to the diverse Latinx communities of Upper Manhattan.

The scent of warm coffee hangs in the air just outside of the 181st St. subway stop, where a kaleidoscope of dreams rallies a vibrant and tight-knit community.

At the intersection of it all is a likable and magnetic bodega owner Usnavi, who hopes, imagines, and sings about a better life. For him, the dream is not only to return to the happy Dominican Republic of his childhood but also, to finally ask the intimidating Vanessa out on a date. An aspiring fashion designer, Vanessa dreams of leaving her dead-end beauty salon job and moving downtown to pursue her passion career. Smart college student Nina yearns to reinstate her identity as a Latina on the heels of her dispiriting year at the white-dominant Stanford. Ultimately, Usnavi and the residents of the close-knit neighborhood get a dose of what it means to be home.

Alice Júnior is a carefree, spoiled trans YouTuber with everything she could ask for: an apartment in a cool beach town, a loving dad, her own advice vlog, an almost-win on Teen Top Model, and a cat named Rhinoceros. So, when her father announces their move from the vibrant Brazilian city of Recife to a small, conservative town in the south and to an old-fashioned catholic school, Alice has to prepare herself for the prudery and small-mindedness she will confront there. The teenager, however, doesn’t let the initial hostility get her down. Alice releases her truest survival instinct to make her new schoolmates and teachers rethink their conservative ways, and catch her long-overdue first kiss: by being loud and unapologetically herself.

With fast-moving cuts set to pop samples and sound effects, a hint of glitz, and a bagful of emojis, this coming of age gem is a breath of fresh air; a reminder that even amidst heavy socio-political turmoil stories of trans-Brazilians radiate life, joy, and infinite possibility.
Alice Júnior is a celebration of rebellious youth and offers the potential for future generations to rethink outdated perspectives of gender, sexuality, and differences as a whole. 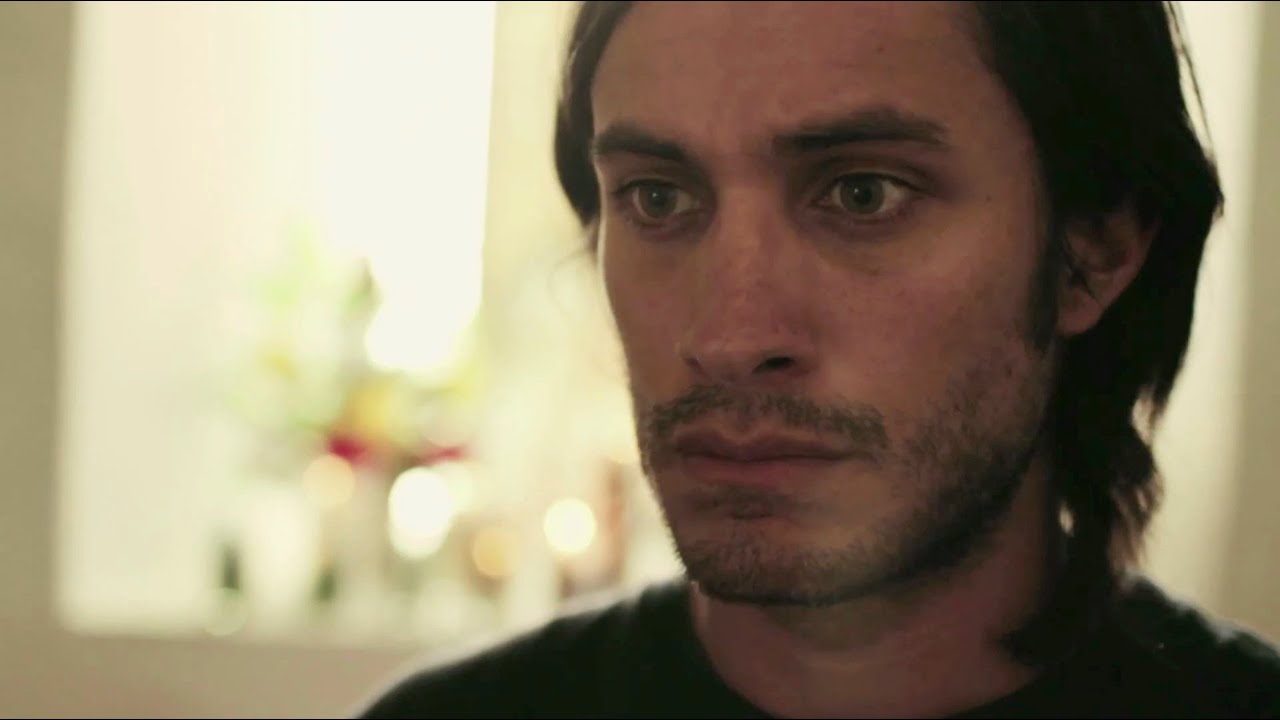 Deep in the sun-blistered Sonora desert beneath a cicada tree, Arizona border police discover a decomposing male body. Lifting a tattered T-shirt they expose a tattoo that reads “Dayani Cristal.” Who is this person? What brought him here? How did he die? And who—or what—is Dayani Cristal?

Following a team of dedicated forensic anthropologists from the Pima County Morgue in Arizona, director Marc Silver seeks to answer these questions and give this anonymous man an identity. As the forensic investigation unfolds, Mexican actor and activist Gael Garcia Bernal retraces this man’s steps along the migrant trail in Central America. In an effort to understand what it must have felt like to make this final journey, he embeds himself among migrant travelers on their own mission to cross the border. He experiences first-hand the dangers they face and learns of their motivations, hopes and fears. As we travel north, these voices from the other side of the border wall give us a rare insight into the human stories which are so often ignored in the immigration debate.

Winner of the Sundance 2013 Cinematography award and nominated in the World Documentary Competition, Who Is Dayani Cristal? shows how one life becomes testimony to the tragic results of the U.S. war on immigration.

A controversial film in Colombia due to the real event on which it is based (the kidnapping of Clara Rojas and Ingrid Betancourt), Operation E was at risk of being banned but was finally released in the country after a politicized trial.

Crisanto (a magnificent Luis Tosar) is a poor cocaine farmer who lives with his family in the Guaviare jungle, a region ruled by the Fuerzas Armadas Revolucionarias de Colombia (FARC). A group of guerrilla fighters give them a moribund baby and tell them to take care of him. The doctors heal the baby, but believing he’s been abandoned and abused, and they take it away.

Two years later, the guerrilla asks urgently for the child as he is at the center of an exchange of hostages, negotiated between the presidents of Colombia and Venezuela that is bringing both countries to the brink war. This international political crisis has significant media impact and is widely reported across the globe. They give him three days to find the boy or he and his family will be killed… This is a political thriller which shows what happens away from the cameras and microphones, a contrasting view of the official version.

Spanish star Luis Tosar (Even the Rain, Cell 211) lived in the Colombian jungle in order to prepare for this role, based on the real man who was charged with Emmanuel, Clara Rojas’ son.

Based on real events, this political drama fuses Brazilian history with international anti-racist movements. Saulo, a black introvert student and fan of the Black Panther Movement, challenges his school in the largely white city of Fortaleza.

After Saulo’s reaction to a racial insult from a classmate, his teachers describe him as a young delinquent and swiftly attempt to expel him ignoring his usually calm and articulate demeanor. Outraged, Saulo refuses to leave the school until justice is done. His solitary occupation ends up challenging the school’s board and mobilizes the entire community. The students did not anticipate, however, the principal’s extreme reaction.

Echoing events from around the world, A Bruddah’s Mind effectively calls out racism, misogyny, and militarism. It reminds us about the importance of activism, political engagement, and the sacrifices that come with it. 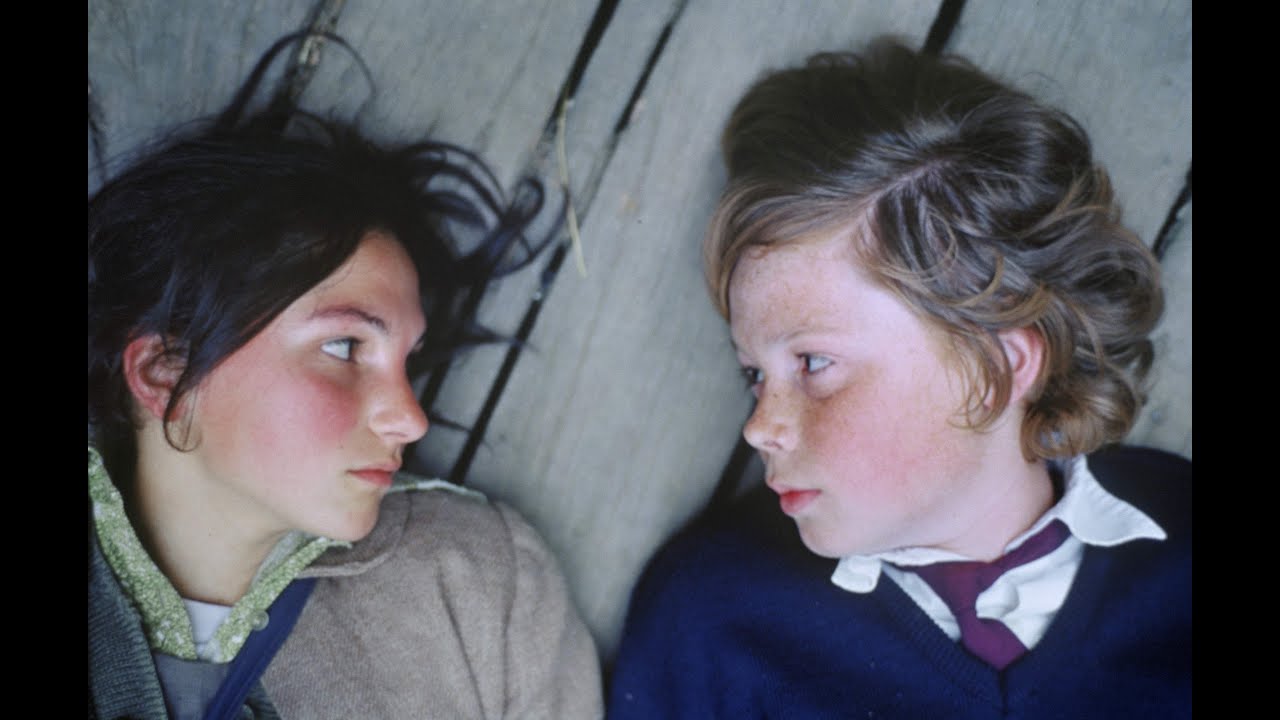 The story takes place in Santiago in 1973 in the days leading up to the military coup, and is based on a real experiment carried out during the socialist government of Salvador Allende at Saint George’s College (Saint Patrick’s College in the film). The college scenes were shot at the East Campus of the Pontificia Universidad Católica de Chile and at the Barros Arana National Boarding School.
Gonzalo Infante (Matías Quer), an eleven-year-old boy, studies at Saint Patrick’s, a reputable religious school whose students come from the upper middle class of Santiago.

The headmaster, Father McEnroe (inspired by the rector of Saint George Gerardo Whelan and played by Ernesto Malbrán), brings a new group of children to the establishment, all of them from the popular class, in order to educate them without discrimination, in an attempt to promote mutual respect among students from different social classes. Among this group is Pedro Machuca (Ariel Mateluna). After some conflicts between the new classmates, a friendship is born between Gonzalo and Machuca. Both children visit each other’s homes on different occasions, and get to know their families and the internal realities they both live. At Pedro’s house, Gonzalo meets and falls in love with Silvana, a teenage girl neighboring Pedro.

However, the political climate of the time progressively deteriorates their friendship. The coup d’état of September 11, 1973, led by General Augusto Pinochet to overthrow the Popular Unity government of Salvador Allende, suddenly interrupts the relationship of these three friends. The direction of Saint Patrick passes into the hands of the Chilean Army, with the consequent dismissal of Father McEnroe, the expulsion of several students and the militarization of the school.

From the country that boasts over 600 beauty pageants each year comes 3 Beauties, a scathing satire of Venezuela’s fixation with beauty and its relation to social status. Perla is the single mother of two competitive daughters, products of her own unfulfilled childhood obsession to become a beauty queen, and a son who she completely ignores. As the years pass, Perla’s unlimited efforts to achieve her dream through her “two princesses” transforms everyone’s lives into a nightmare. Toddlers & Tiaras meets Pedro Almodóvar in this frantic, devious comedy.