This weekend, COLLIDE  was sent up to space on Blue Origin’s New Shepard rocket. Read More

A University of Central Florida experiment designed to mimic impacts between objects in microgravity is flying aboard the next flight of Blue Origin’s reusable New Shepard space vehicle. Principal Investigator: Dr. Joshua Colwell

“NASA’s commercial partner Orbital ATK plans to launch its Cygnus spacecraft into orbit on March 22, atop a United Launch Alliance Atlas V rocket for its fifth contracted resupply mission to the International Space Station. The flight, known as Orbital ATK CRS-6, will deliver investigations to the space station to […]

UCF professor and CMR Director Josh Colwell proves his talents are not limited to the field of astrophysics. FOX 35 reports on the Hollywood Doc’s success behind the camera.

When it comes to experiments in space, scientists are thinking inside the box. CubeSats are self-contained laboratories about the size of a coffee thermos that hitch rides on rockets into low earth orbit. Despite their small size, CubeSats are providing valuable lessons to students and have the potential to open up […]

NASA recently approved 8 proposals for reduced gravity flights. UCF Center for Microgravity Research accounts for two of the 8 proposals selected nationwide. PRIME-4.0: Miniaturized and Reusable Asteroid Regolith Microgravity Experiment for Suborbital and Orbital Use will be on a parabolic flight and Suborbital Particle Aggregation and Collision Experiment-2 (SPACE-2) was selected to fly […] 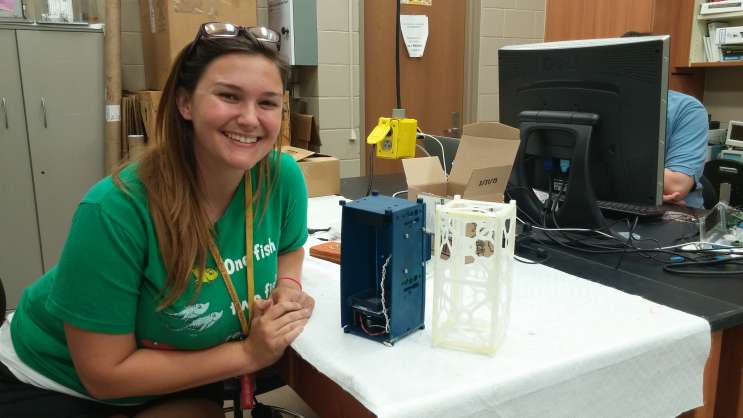