On Friday, November 6th at 12:00PM, the ICCAE is excited to be hosting Richard Samuels, who will talk about his book, Special Duty: A History of the Japanese Intelligence Community (Cornell, 2019).

Professor Richard Samuels is currently Ford International Professor of Political Science and director of the Center for International Studies at the Massachusetts Institute of Technology. His earlier books (Securing Japan: Tokyo’s Grand Strategy and the Future of East Asia; 3:11: Disaster and Change in Japan; and Machiavelli’s Children: Leaders and Their Legacies in Italy and Japan) have won numerous awards. 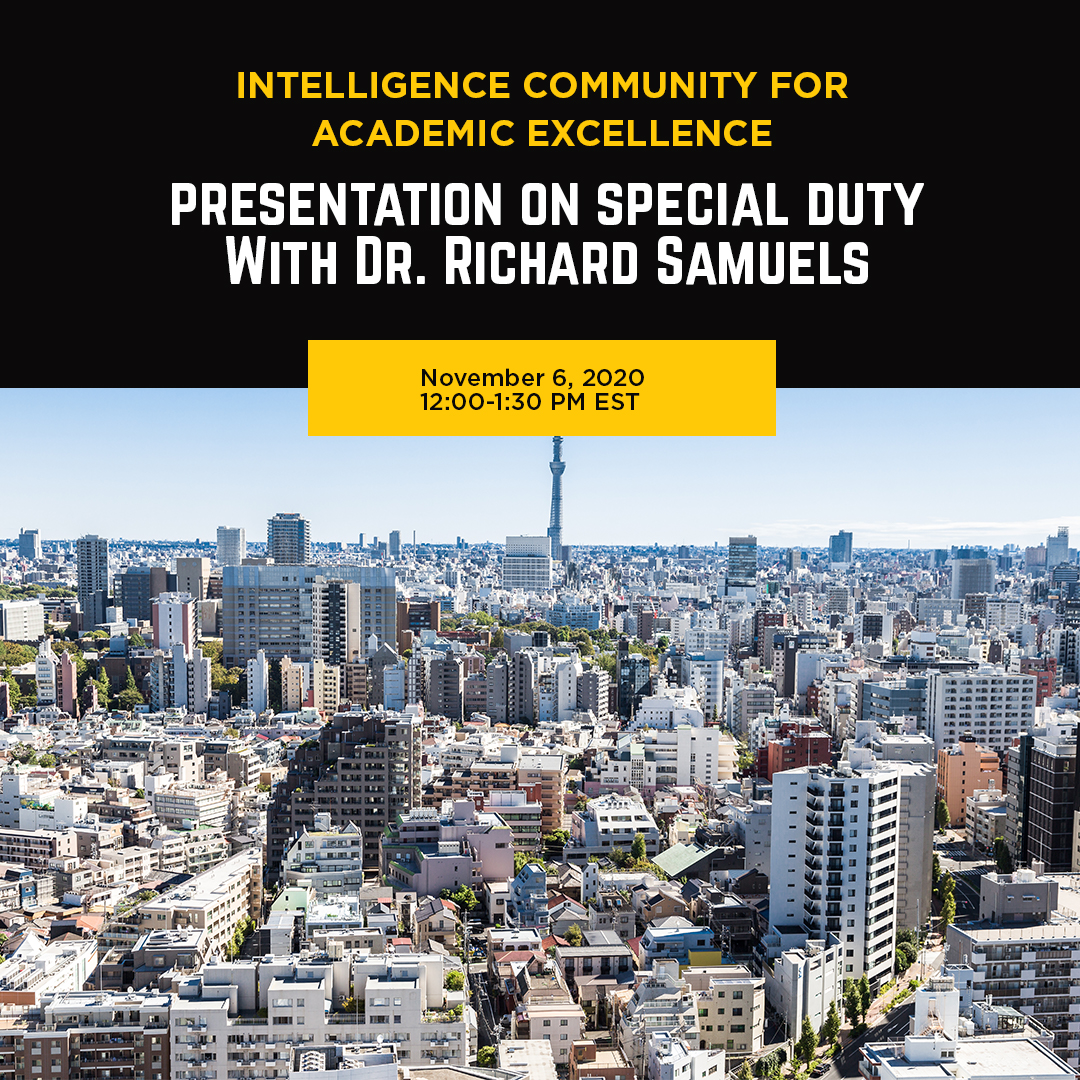 The prewar history of the Japanese intelligence community demonstrates how having power over much, but insight into little can have devastating consequences. Its postwar history―one of limited Japanese power despite growing insight―has also been problematic for national security.

In Special Duty Richard J. Samuels dissects the fascinating history of the intelligence community in Japan. Looking at the impact of shifts in the strategic environment, technological change, and past failures, he probes the reasons why Japan has endured such a roller-coaster ride when it comes to intelligence gathering and analysis, and concludes that the ups and downs of the past century―combined with growing uncertainties in the regional security environment―have convinced Japanese leaders of the critical importance of striking balance between power and insight. Using examples of excessive hubris and debilitating bureaucratic competition before the Asia-Pacific War, the unavoidable dependence on US assets and popular sensitivity to security issues after World War II, and the tardy adoption of image-processing and cyber technologies, Samuels’ bold book highlights the century-long history of Japan’s struggles to develop a fully functioning and effective intelligence capability, and makes clear that Japanese leaders have begun to reinvent their nation’s intelligence community.