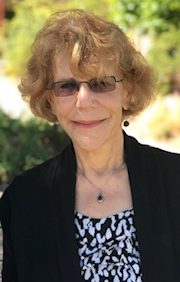 Dr. Lieberman specializes in biomedical anthropology. She received her MA in Anthropology from the University of Arizona in 1971, a Ph.D. in Behavior Genetics from the University of Connecticut in 1975 and was a post-doc at Penn State University. Her research interests include nutritional anthropology, obesity, diabetes, women’s health and child growth and development. She has worked with many US minority populations including Native Americans, Puerto Ricans, Samoans and African Americans and in Croatia and Lithuania. She was a professor at the UF prior to joining the UCF faculty in 2001 as the founding Director of the Women’s Research Center and Professor of Anthropology. She has over 280 publications and has served as President of the National Association of Academies of Science/American Association for the Advancement of Science, Society for the Anthropology of Food and Nutrition and the Biological Anthropology Section of the American Anthropological Association. She is a fellow of AAAS and has received numerous awards for professional leadership. Dr. Lieberman retired from UCF in May 2011 and served for 4 years as a European Union Visiting Scholar teaching in a masters program in Sustainable Regional Health Systems.