Skip to content
<< Return to Main Page
Back: ISRU for Mitigating Plume Effects
Several years ago, our team member Metzger contacted by Astrobotics to provide guidelines for visiting the Apollo landing sites to avoid damaging them. Metzger advocated with NASA headquarters to develop guidelines, and a team was put together led by Rob Kelso of NASA/JSC. Metzger wrote the sections of the guidelines related to plume effects protection. Because we have an inadequate understanding of the plume effects, and because the modeling is still very immature, it was not possible to create very reliable guidelines. The team took the approach that this would be a “living document” that is revised as our understanding of the physics improves. We are currently working toward an update of the document.
The following is a summary of the artifacts on the Moon and the guidelines to protect them.

Types of U.S. Artifacts on the Moon

The following are copied from the NASA document. 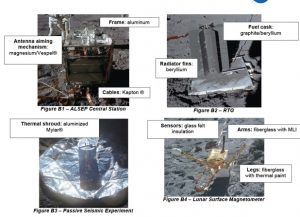 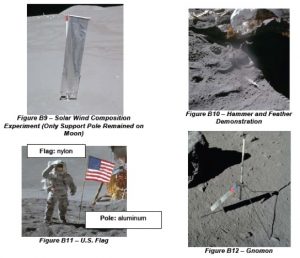 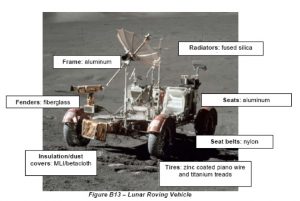 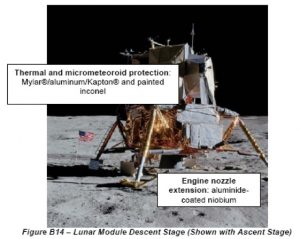 Some of the Main Guidelines 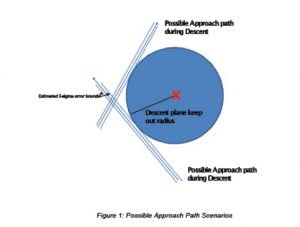 Avoid Damaging Spacecraft That Are In Orbit

Some of the Additional Guidelines (in Addition to Plume Effects)

The document can be downloaded here.

Next: Robotics to Build Extraterrestrial Spaceports
Back: ISRU for Mitigating Plume Effects
<< Return to Main Page