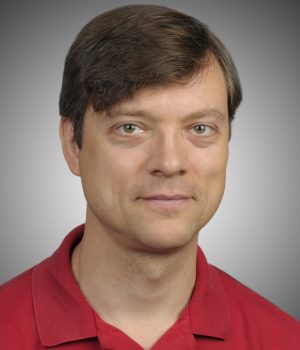 Dr. Harrington began observing and modeling giant planets as an undergraduate at MIT. His pre-impact model of the collision of comet Shoemaker-Levy 9 with Jupiter in 1994, part of his MIT PhD thesis in planetary sciences, was published on the cover of Nature and sparked the worldwide media spree surrounding that event. Dr. Harrington then held a National Research Council Fellowship at the NASA Goddard Space Flight Center, during which he modeled the aftermath of the Shoemaker-Levy 9 impact and also identified the majority of planetary waves known on planets other than Earth. From 1997 – 2006, he worked as a staff scientist at Cornell University, where his interests shifted to observing extrasolar planets. He was part of the team that first measured light from an extrasolar planet, a result published in Nature in April 2005. He continues this work at UCF, first leading the Spitzer Exoplanet Target of Opportunity Program, which measured exoplanet eclipses and transits with the Spitzer Space Telescope, and now developing Bayesian Atmospheric Radiative Transfer (BART), an open-source, reproducible-research code for inferring (“retrieving”) the properties of exoplanet atmospheres from observations. He won the 2011 College of Sciences Excellence in Research Award for this work. A co-founder of the Planetary Sciences Track in the UCF Physics PhD program, he developed and teaches AST 6165 Planetary Atmospheres, AST 5765/4762 (Advanced) Astronomical Data Analysis, and PHZ 3150 Introduction to Numerical Computing. In 2020, he was named a UCF Pegasus Professor, was elected Chair of the UCF Faculty Senate, and became a member of the UCF Board of Trustees. 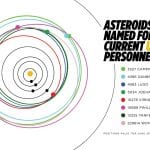 Imagine a celestial body larger than the Statue of Liberty skyrocketing past Earth with enough energy to flatten a city. Since 2011 this has only… 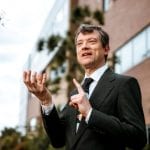 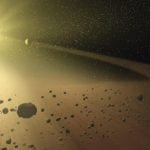 Original story by Zenaida Gonzalez Kotala. The University of Central Florida hosts a chapter of an out-of-this-world club, which recently grew by two. Planetary astronomer Noemi…