The Atomic, Molecular and Optical (AMO) Physics group has theoretical and experimental components. The theoretical group studies the dynamics of electrons in isolated atoms and molecules elicited by light pulses and electron projectiles. The group is focused on the development of new theoretical techniques to compute the distribution of fragments emerging from photoionization and photodetachment events, electron-atom and electron molecule collisions, possibly assisted by light, as well as elementary processes in ultra-cold atomic and molecular condensates.

The AMO experimental group is focused on the generation, characterization and applications of attosecond laser pulse. Overlap between theory and experiment is a critical component of our research program. Indeed, attosecond extreme-ultraviolet pulses can be used to probe and control electron dynamics in matter. Both theoretical and experimental research has applications in astrophysics, radiation physics and chemistry, and plasma physics.

Prof. Zenghu Chang leads the Institute for the Frontier of Attosecond Science and Technology (IFAST). IFAST is devoted to develop new methods for the generation of attosecond (10-18s) and zeptosecond (10-21s) x-ray pulses. The carrier-envelope phase of the high power femtosecond driving laser in Zenghu Chang’s lab is stabilized using the “grating shaker” technique they invented. The Double Optical Gating method has been refined to generate shorter and stronger single isolated attosecond pulses with both few-cycle and multicycle lasers. Zengu Chang’s group is currently working on the PROOF method for characterizing ultrabroad bandwidth attosecond and zeptosecond pulses. In the meantime, they are applying their unique attosecond light sources to study correlated electron motions in atoms, molecules and condensed matter.

Professor Michael Chini’s group studies the ultrafast dynamics – on femtosecond (10-15 s) to attosecond (10-18 s) timescales – in solid-state materials driven by intense few-cycle laser fields. In our research, strong pulses of infrared light induce nonlinear currents and interband transitions in a material, leading to unique photo-induced states of matter and the emission of attosecond bursts of high-frequency light through “high-order harmonic generation” (HHG). We then study the characteristics of the emitted HHG, in both amplitude and phase, and apply time-resolved optical and photoelectron spectroscopy techniques to probe and control dynamic material properties on extreme timescales.

Prof. Hari Saha’s research aims to understand the fundamental details of the structure and dynamics of electrons within the atoms and molecules through theoretical analysis of the interaction of photons, electrons and positrons with individual atoms and molecules in the gas phase. Over the past twenty years some of the most productive activities in atomic physics research have been in the area of photoionization and collision processes which sample the dynamics associated with continuum wave functions (unbound states) of electrons. Experimental results have stimulated development of a number of new calculational techniques for describing these systems, with a particular view toward accounting for the electron correlation and core polarization associated with the motion of an electron in the field of other electrons. To date, none of these new methods have allowed for exploitation of the most accurate technique of description of bound state systems, the Multiconfiguration Hartree-Fock (MCHF) scheme, beyond its use as a starting point for “closed” portions of the wave function. As the MCHF technique incorporates electron configuration interaction in a way superior to other techniques, the extension of this scheme to include continuum wave functions is a problem of cardinal importance in atomic theory. The primary aim of Prof. Saha’s research is devoted to just this activity.

Prof. Kokoouline’s group studies atomic and molecular collision processes that are relevant to explain elementary transformations of matter, from the extreme conditions met in the interstellar medium, planetary atmospheres, combustion flames and fusion plasmas, to the coherent dynamics that takes place in Bose-Einstein condensates. How do ultracold molecules collide? Can we control basic chemical reactions of ultracold matter? Can we use light to manipulate the quantum states of atoms or molecules in useful ways (quantum control)? To answer these questions, the group explores, from a theoretical perspective, the processes of dissociative recombination, radiative and dissociative electron attachment to molecules, molecular excitation by an electron impact, radiative attachment, photoionization, and electron-ion collisions. The group participates to the ITER project led by the UN International Atomic Energy Agency.

The group of Theoretical Attosecond Spectroscopies led by Dr. Luca Argenti develops new ab initio methods for the calculation of the electronic continuum of poly-electronic atoms and molecules to resolve photoemission in time, with the ultimate goal of controlling charge-transfer processes in correlated electronic matter. To do so, it is necessary to solve the time-dependent Schrödinger equation and the Lippmann-Schwinger equation in a large configuration space to describe the evolution of excited electronic wave packets in time and extract from them the information they deliver asymptotically at the detectors. These calculations, which require the use of extensive numerical resources, allow one with interpret the rich observables made accessible by the new light sources, such as attosecond pump-probe laser setups and seeded x-ray Free-Electron Lasers. 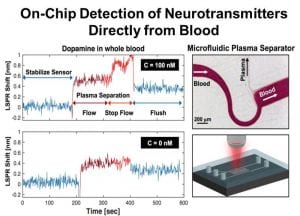 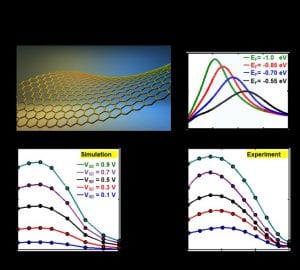 Prof. Fang’s research areas are AMO and plasma physics involving applications of ultrafast lasers, such as table-top femto- (10-15 s) and atto-(10-18 s) second lasers as well as ultrafast x-ray lasers (free-electron-lasers) at large facilities. Her group uses ultrashort laser pulses to induce electron and ion dynamics in atoms, molecules or their ensembles and to probe, in the time domain, the dynamics with advanced electron and ion spectroscopic methods that map the motion of the electrons and ions in the 3-D momentum space. A movie of the momentum and energy evolution will be made at the natural time scale of the charges’ motion to illustrate how the atomic and molecular systems respond to the light, i.e., how they absorb, convert and rearrange photoenergies and what the final photointeraction products are. Prof. Fang’s group also uses ultrashort laser pulses of short (XUV – x-ray) and long (infrared – mid-infrared) wavelengths to generate and characterize nanoplasmas created in atomic and molecular clusters. The research investigates fundamentals of the photointeractions and seeks base knowledge that may lead to efficient photoenergy storage, novel particle and photon sources, and controlling methods of photochemical reactions.